By Nafisa Eltahir and Aidan Lewis

KHARTOUM – The resignation of Sudan’s prime minister puts the military firmly back in control of the country but facing a population angry that its hopes for democratic rule have been set back yet again.

Unless a new course towards a transition and credible elections can be charted, more instability within and beyond Sudanese borders is likely, analysts and diplomats say.

After his government was dissolved in a coup in October, Abdalla Hamdok https://www.reuters.com/markets/currencies/sudans-abdalla-hamdok-2022-01-02 had returned in a bid to salvage a transitional power-sharing arrangement between the military and civilians that was struck following Omar al-Bashir’s overthrow in a 2019 uprising. The autocratic Bashir had ruled Sudan for three decades.

Hamdok departs leaving the country cut off from international economic support https://www.reuters.com/markets/us/exclusive-sudan-cut-off-650-million-international-funding-after-coup-2021-12-08, jolted by frequent anti-military protests, and threatened by resurgent violence https://www.reuters.com/world/africa/aid-groups-warn-rise-darfur-violence-dozens-killed-kreinik-2021-12-09 and displacement in the western region of Darfur.

His efforts towards a transition fell apart due to the withdrawal of promised support from some political factions and his inability to halt violence against protesters, said a Sudanese mediator involved in talks before and after Hamdok’s return.

Most of the fractured civilian coalition that agreed to share power based on a 2019 constitutional declaration says publicly that it will not negotiate with the military.


“The only thing we have to say to them is go back to your barracks,” said a member of a local resistance committee in Khartoum.

That could leave the military to appoint loyalists to a new administration, building on nominations of Bashir era veterans https://www.reuters.com/world/africa/sudans-military-rulers-draw-bashir-era-veterans-tighten-grip-2021-11-11 that it made after its takeover and that Hamdok partially rolled back.

“The military will name a government unless the civilians get it together and meet with them,” said the mediator, speaking on condition of anonymity. “I think in the end people will sit together, and go back to the constitutional declaration, and see how they can adjust it.”

The military said after the coup that it wanted elections in 2023. It says it is committed to a transition towards democracy.

But the takeover deepened distrust of the military among civilian parties, while the protest movement led by the resistance committees has always opposed any political role for the army.

A crackdown on nationwide rallies against the coup that has left nearly 60 people dead and protesters arrested has sharpened anger. Intelligence services have been given restored powers.


Western powers, which still hold some leverage because of several billion dollars of economic assistance paused after the coup, are trying to steer the military away from pressing ahead on its own.

They urged immediate dialogue https://www.reuters.com/world/africa/us-europeans-warn-sudans-military-against-excluding-civilians-transition-2022-01-04 on Tuesday, warning they would not support any government without the involvement of a broad range of civilian groups. A unilateral approach risked plunging Sudan into renewed conflict, they said.

“The military cares very much because they know that the country will not continue without economic support,” said one European diplomat. “If Sudan implodes, that has serious ramifications in a lot of geostrategic issues,” he said, citing instability in neighbouring Ethiopia and Libya.

The United Nations mission in Sudan has offered to facilitate dialogue, though diplomats say it remains unclear how such talks could take shape and that powers such as Saudi Arabia or the United States may need to step in.

“I think certainly trying to reset the transition in the mould that it existed beforehand is unlikely to work now,” said Ahmed Soliman, a research fellow at Chatham House, a London-based think-tank.

“There needs to be a different arrangement, a different political way forward in order to start to reestablish some measure of trust.”

Reaching a deal that sets a new path towards democratic elections appears harder than in 2019, several Western diplomats said. But the exit of Hamdok, a consensus-building former U.N. official, could clear the way for a reckoning.


“Some viewed Hamdok remaining in the post as a fig leaf, and his resignation may allow for a more substantial conversation among the international community, and it also pushes the civilian groupings to seek common ground,” said Lauren Blanchard, a Sudan specialist at the U.S. Congressional Research Service.

“It makes clear that a mediation mechanism is needed. Hamdok wasn’t able to bridge the gap.”

(Reporting by Nafisa Eltahir in Khartoum and Aidan Lewis in Cairo; Editing by Angus MacSwan) 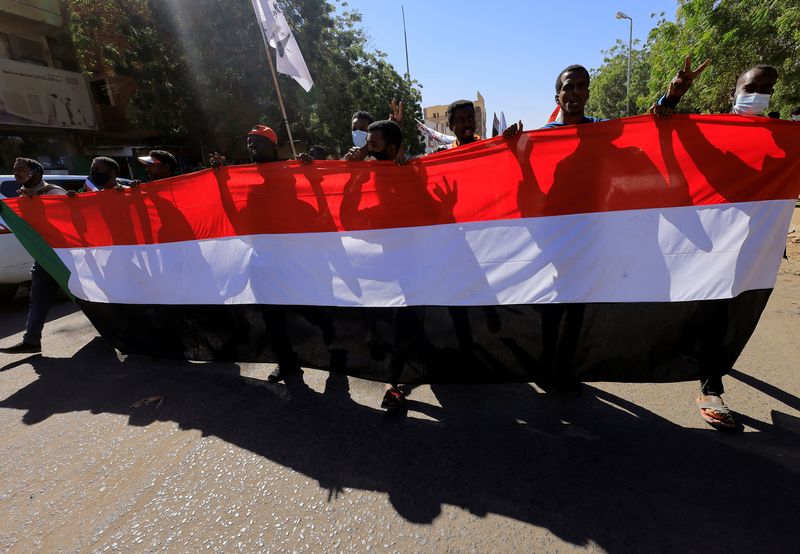