WASHINGTON – The number of Americans filing new claims for unemployment benefits rose last week and could increase further in the coming weeks amid disruptions from soaring COVID-19 infections.

Initial claims for state unemployment benefits increased 7,000 to a seasonally adjusted 207,000 for the week ended Jan. 1, the Labor Department said on Thursday. Claims dropped to 200,000 in the prior week.

Economists polled by Reuters had forecast 197,000 applications for the latest week. Applications typically increase during the holiday season, but an acute shortage of workers has disrupted that seasonal pattern, resulting in lower seasonally adjusted claims numbers in recent weeks. There were 10.6 million job openings at the end of November.

“Some businesses temporarily close around the holiday season, causing an increase in filings for unemployment benefits,” Veronica Clark, an economist at Citigroup in New York. “As worker shortages have been a persistent issue and employment levels are already lower than desired, this effect has been much less during the recent holiday season.”

Stripping out the weekly volatility, the labor market is tightening, with claims having declined from a record high of 6.149 million in early April 2020.

Minutes of the Federal Reserve’s Dec. 14-15 policy meeting published on Wednesday showed Fed officials viewed the labor market as “very tight.” The U.S. central bank might need to raise interest rates sooner than expected and begin reducing its overall asset holdings to tame high inflation, according to the minutes.

But with the United States reporting nearly 1 million new coronavirus infections on Monday, the highest daily tally of any country in the world, a temporary rise in claims is likely.

Some school districts are suspending in-person learning, which could force some working parents to assume childcare duties. Workers calling in sick are causing some businesses to either temporarily close or scale back services.

A separate report on Thursday from global outplacement firm Challenger, Gray & Christmas showed job cuts announced by U.S.-based employers increased 28.1% to 19,052 in December. Layoffs, however, remain low, totaling 321,970 jobs in 2021. That was down 86% from 2020.

“The sheer number of COVID cases will impact the labor market, regardless of how severe illnesses are,” said

The claims data has no bearing on the Labor Department’s closely watched employment report for December, due to be released on Friday, as it falls outside the survey period. The government surveyed businesses and households for last month’s employment report in mid-December.

According to a Reuters survey of economists, nonfarm payrolls likely increased by 400,000 jobs in December after rising 210,000 in November. The unemployment rate is forecast falling to 4.1% from 4.2% in November.

Prospects of a strong employment report were boosted by the ADP National employment report on Wednesday, which showed private payrolls increased by 807,00 jobs last month. That prompted economists at Goldman Sachs to raise their December payrolls estimate by 50,000 to 500,000.

A measure of manufacturing employment rose to an eight-month high in December, a survey from the Institute for Supply Management showed on Tuesday. 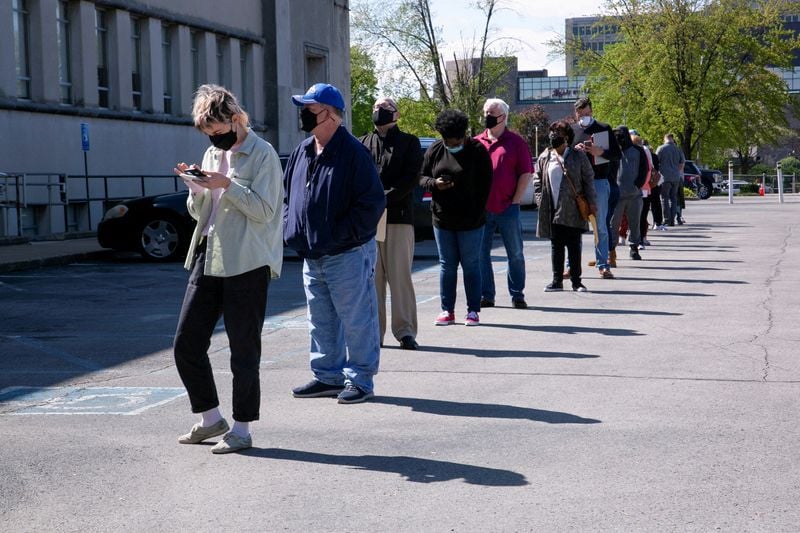