NEW YORK – Twenty months after a global health crisis hobbled the U.S. economy, recent data – along with a hawkish turn from the Federal Reserve – is implying the labor market is approaching a complete recovery from the pandemic.

That recovery has contradictory implications for the stock market. On the one hand, it could mean the labor drought, which has jacked up wages and cut in to profit margins, could be on the wane.

Conversely, it could help hasten the Fed’s timeline for hiking the Fed funds target rate, which could be a boon for interest rate-sensitive financials, but a headwind for sectors such as tech, which have benefitted from near-zero interest rates.

Wall Street gyrated this week, stumbling on signs from the Fed on Wednesday that it is considering bringing forward its monetary tightening schedule.

After the labor market hemorrhaged more than 22 million jobs in the pandemic’s opening months, recent indicators are suggesting the Fed’s “full employment” condition for reversing its COVID-era monetary accommodation could be here sooner than expected.

This week the Institute for Supply Management’s PMI reports indicated continued employment expansion and the Labor Department’s JOLTS data showed job openings backing down from an all-time high and hiring on the upswing. (Graphic: JOLTS, https://graphics.reuters.com/USA-STOCKS/myvmnboenpr/jolts.png)

But the Fed’s rate hike timeline largely depends on Friday’s December employment report, which economists polled by Reuters expect will show a nonfarm payrolls gain of 400,000 and an unemployment rate inching down to 4.1%.

On Wednesday, minutes released from the U.S. Federal Reserve’s most recent policy meeting indicated its members had taken a more hawkish pivot than many anticipated, signaling that it may shorten its timelines for tapering and inflation-taming interest rate hikes as labor market conditions continue to improve.

The S&P 500 fell almost 2% and Nasdaq about 3% on the appearance that the Fed could be whisking away the punch bowl sooner than many investors have hoped.

Many investors and analysts believe that among the most significant indicators to watch on Friday will be the labor market participation rate, which remains well below pre-pandemic levels, and wage growth, as employers struggle to attract and retain workers.

“The participation rate is really important and can affect employment numbers,” said David Carter, chief investment officer at Lenox Wealth Advisors in New York. “If you’re not participating, you’re not in the data. From the Fed’s perspective it’s not so much low unemployment it’s getting more people working.” (Graphic: Labor market participation, https://graphics.reuters.com/USA-STOCKS/jnvwejxknvw/participation.png)

Should Friday’s report suggest that hourly earnings growth is beginning to cool as U.S. companies grow less frantic in their efforts to hire and retain workers, that would be a good sign for profit margins.

“From a broader perspective, strength in wages is driving a reversal in labor(‘s) share of corporate income that has fallen sharply over the past two decades,” wrote Ellen Zentner, chief U.S. economist at Morgan Stanley in a research note.

What’s more, year-on-year wage growth, which held steady at 4.8% in November, is part of the larger inflation picture being closely watched by the Fed.

As illustrated by the graphic below, wages, along with other major indicators, continue to soar well above the Fed’s average annual 2% target rate, a state of affairs that has helped prompt the central bank’s increasing hawkishness: (Graphic: Inflation, https://graphics.reuters.com/USA-STOCKS/akvezemjdpr/inflation.png)

The release of the monthly employment report often adds volatility to the stock market that day, but not always as expected.

Over the last year, February’s print, reported on March 5, delivered the biggest upside surprise, coming in 340,000 above consensus. The S&P 500 jumped 1.5% that day. 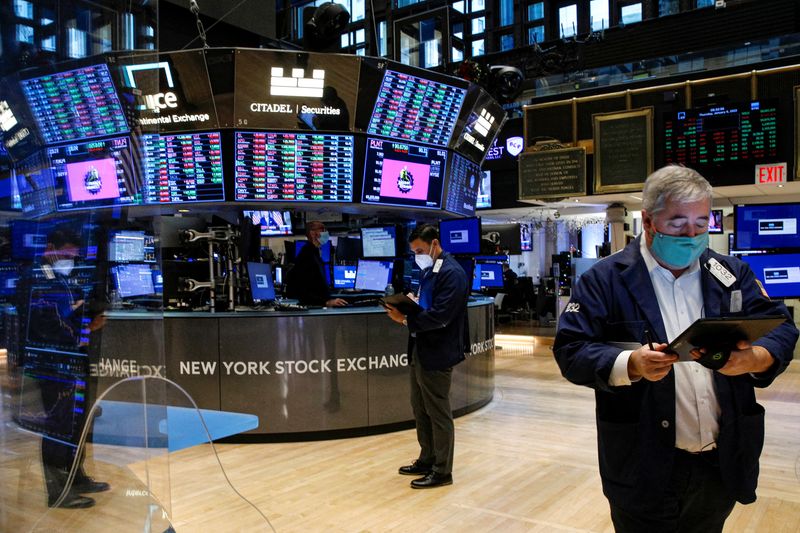