-Irish drinks maker C&C Group Plc said on Friday its December sales lagged expectations, as renewed curbs in the UK and Ireland due to rising cases of the Omicron coronavirus variant hurt beverage supplies to restaurants and pubs.

The Dublin-based producer of Bulmers cider and Tennent’s beer also cautioned that earnings for the second half of fiscal 2022 would depend on how the curbs progress, sending its London-listed shares as much as 3.6% lower in early trade.

C&C, however, added it had managed to eke out a “modest profit” during the holiday month, thanks to its cost cutting drive.

Number of shoppers in Britain deteriorated sharply in December, while government advice https://www.reuters.com/world/uk/uk-says-12-deaths-104-people-hospitalised-by-omicron-2021-12-20 for people to limit social contacts in the run-up to Christmas left pubs and restaurants largely empty during what should be one of their busiest periods.

Cost cuts, along with the return of customers to hospitality venues during the September-November period and higher prices of drinks helped C&C witness a robust third quarter, it said.

In December, C&C managed to deliver just 64% of beverage volumes to “on-trade” customers, compared with an expectation of 90%.

The company had said in October that it expected annual operating profit of 50 million euros to 55 million euros ($56.5 million to $62.2 million) for fiscal 2022.

(Reporting by Muhammed Husain and Pushkala Aripaka in Bengaluru; Editing by Rashmi Aich) 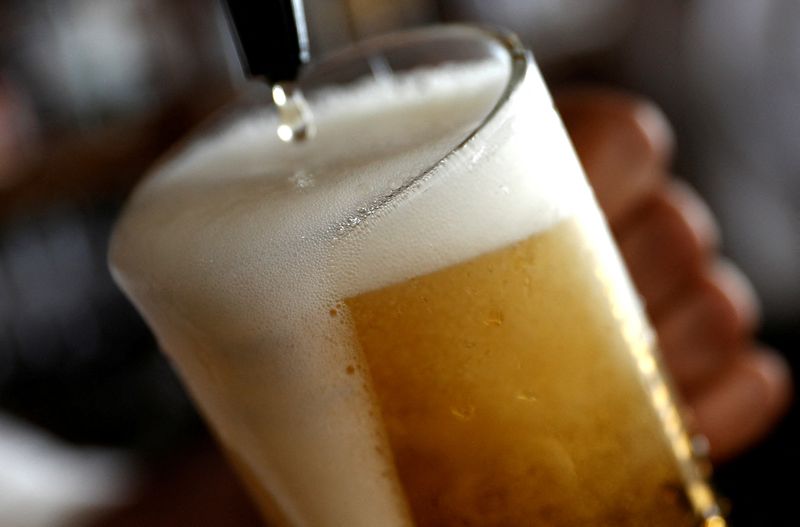