WASHINGTON -The White House said U.S. President Joe Biden will deliver his State of the Union address to Congress on March 1, a date that comes several weeks later than the speech usually occurs.

This is the first time in U.S. history that a State of the Union address or annual message will be delivered in March; for most of the past century presidents delivered their annual addresses to Congress in January or February, according to the House historian.

In 2013, then-President Barack Obama addressed the Senate and the House of Representatives on Feb. 12.

March 1 also marks the start of the congressional election season as Texas will hold primary elections that day for Democrats and Republicans to choose their candidates for the Nov. 8 election.

Addresses by the president to a joint session of Congress are normally filled with pomp and circumstance, but have also become a vehicle for partisan posturing. Pelosi in 2020 tore up the copy of former President Donald Trump’s speech that he handed her as part of the ceremony.

In 2009 Republican Representative Joe Wilson shouted “You lie!” at Obama during a special speech to a joint session of Congress to pitch for the Obamacare healthcare bill. Wilson was widely condemned for the breach of protocol by both Republicans and Democrats, and apologized publicly to the president.

(Reporting by Jeff Mason aboard Air Force One; Moira Warburton in Washington and Ismail Shakil in Bengaluru, writing by Susan Heavey and Andrea Shalal; Editing by Scott Malone and Howard Goller) 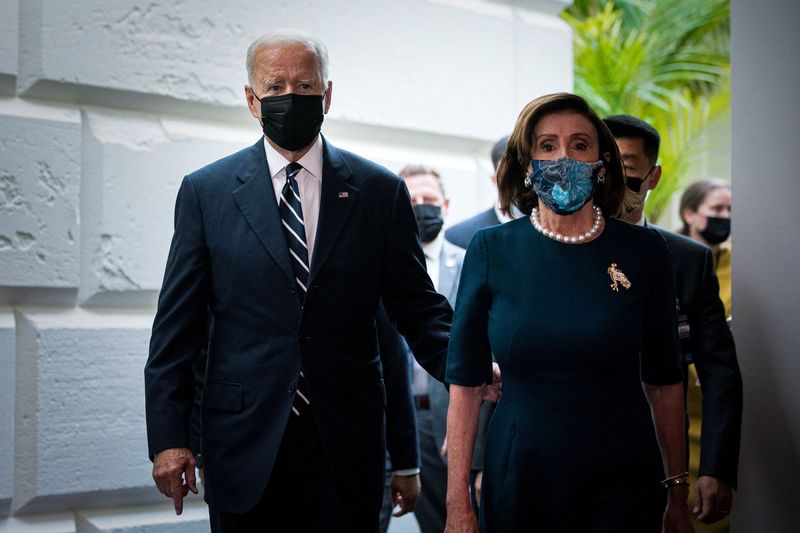