WASHINGTON – U.S. Senator Joe Manchin’s $1.8 trillion spending offer he proposed to the White House in late 2021 appears to be no longer on the table following a breakdown between the Democratic lawmaker from West Virginia and the White House, the Washington Post reported on Saturday.

Manchin told reporters this week that he is no longer involved in discussions with the White House and has signaled privately that he is not interested in approving any legislation like President Joe Biden’s Build Back Better Package, the newspaper said, citing three people with knowledge of the matter.

Manchin’s office did not immediately respond to a request for comment.

The legislation is one of Biden’s signature domestic priorities. Manchin’s vote is critical in the evenly divided Senate. His opposition torpedoed Build Back Better in December, drawing ire from Democratic progressives and sending the political party scrambling to find a way to resurrect the package.

The plan includes funding for high-priority issues for many Americans, including free preschool, support for soaring childcare costs, coverage of home-care costs for the elderly and expansion of free school meals.

Manchin has spoken with a raft of officials and others seeking to garner his support for the legislation, including senior White House aide Steve Ricchetti, Larry Kudlow, former economic adviser to ex-president Donald Trump, and Republican Senator Mitt Romney of Utah, according to the Washington Post.

(Reporting by Chris Prentice in Washington; Editing by Matthew Lewis) 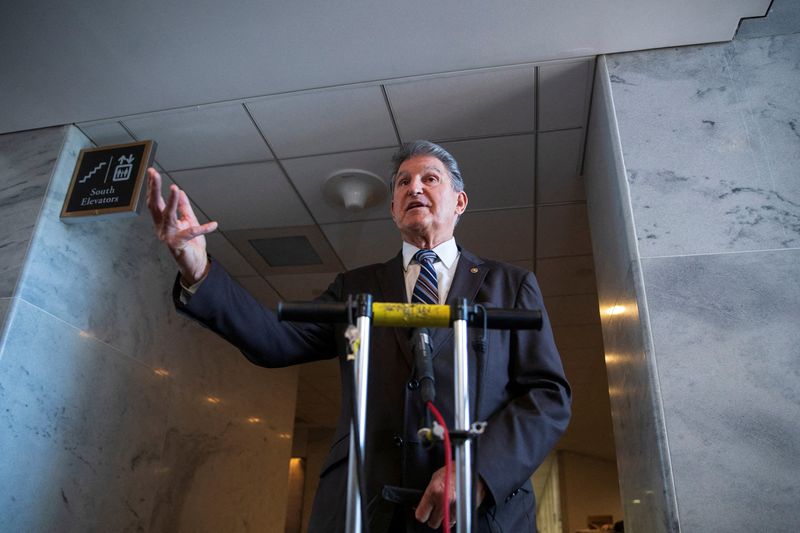