NEW YORK – Argentina’s insistence on its deficit spending plan is putting it on a fresh collision course with the International Monetary Fund, though analysts predict the country will be forced to change tack and clinch a deal to avoid a bigger crisis.

The Argentine government and the IMF have been locked in talks for more than a year. Argentina is trying to avoid a default with the IMF as $19 billion in payments loom this year, part of a $45 billion debt that needs to be refinanced to help restore the South American nation’s credibility with markets.

Finance minister Martin Guzman last week said the sharpest sticking point in negotiations with the Fund was how and at what speed Argentina should reduce its fiscal deficit. He presented an economic plan that involves five more years of running deficits and printing money to patch the holes.

Guzman said the Fund’s proposal would “halt the economic recovery that Argentina is having,” while his plan “would give continuity to this strong recovery.”

The IMF did not comment for this article, but last month said Argentina needed to reduce the monetizing of its fiscal deficit and raise interest rates above inflation.

For a related graphic on Argentina schedule of payments to the IMF, click https://graphics.reuters.com/ARGENTINA-IMF/PAYMENTS/znvnekdoopl/chart.png

Many international investors reacted to Guzman’s statement with disappointment.

The details in the presentation were “disappointingly scant,” said Stuart Culverhouse, head of sovereign & fixed income research at Tellimer in London.


Without a strong rise in agricultural prices, “it’s not clear where growth is going to come from, absent a credible policy framework,” Culverhouse said.

Siobhan Morden, a managing director at Amherst Pierpont Securities, described the plan as a “defiant approach to insist on a failed economic model.”

“The presentation from Minister Guzman looked more like political theatrics than any rational technical discussion of an economic program,” she said in a research note.

The government’s strategy seems to rely on demanding leniency from the Fund to even out what it perceives as a politically motivated program approved in 2018 to benefit then-President Mauricio Macri.

But the Fund itself has criticized the previous plan as too fragile to tackle Argentina’s economic and political reality and too accepting of overly optimistic economic projections by the government.

Guzman’s proposal also appears to be built on optimistic forecasts.

His plan predicts economic growth at almost double the rate of the current market consensus, which is shared by the IMF. And inflation is forecast to reach only 33% in 2022, while many expect it to remain above 50%.

A program with the IMF is widely seen as Argentina’s only option to avoid economic meltdown. A failure to reach agreement would trigger a default with the Paris Club of state lenders, which last year insisted that Argentina reach a deal with the IMF as part of its own debt deal with the country.

And with its sovereign bonds in dollars yielding close to 20% across various maturities, the government already finds itself shut out of international debt markets. That would leave little option but to print more money to fund the deficit, according to many economists.

The controlled, official exchange rate is around 103 pesos per dollar, while the parallel black market one is close to 205.

On Thursday, Argentina’s central bank raised rates on its 28-day note by 200 basis points to 40%, an implied 48.3% annualized rate according to JPMorgan, and still below inflation forecasts of 50% and beyond.

Goldman Sachs called the move a “very small step on a long road towards monetary and financial normalization,” while saying the “current monetary-fiscal policy mix and extensive set of capital and financial controls is unsustainable and inconsistent with medium-term socially inclusive growth.”

Analysts agree that a deal is likely to happen eventually, given what is at stake.

“First of all you avoid having a default with the IMF, which in itself wouldn’t trigger a default on the (sovereign) bonds, but it would negatively affect the pricing,” said Carlos de Sousa, emerging market debt strategist at Vontobel Asset Management in Zurich.

A deal also is the base case for JPMorgan’s Pereira, although he predicted negotiations could experience a temporary stalemate in the coming weeks. In the end, the pain of any fiscal adjustment likely to be demanded by the IMF would be far less than the economic turmoil caused by a potential default on the Fund’s loans, he said.

“An agreement with the IMF before the end of March seems a necessary condition to avoid more disruptive scenarios,” he said. 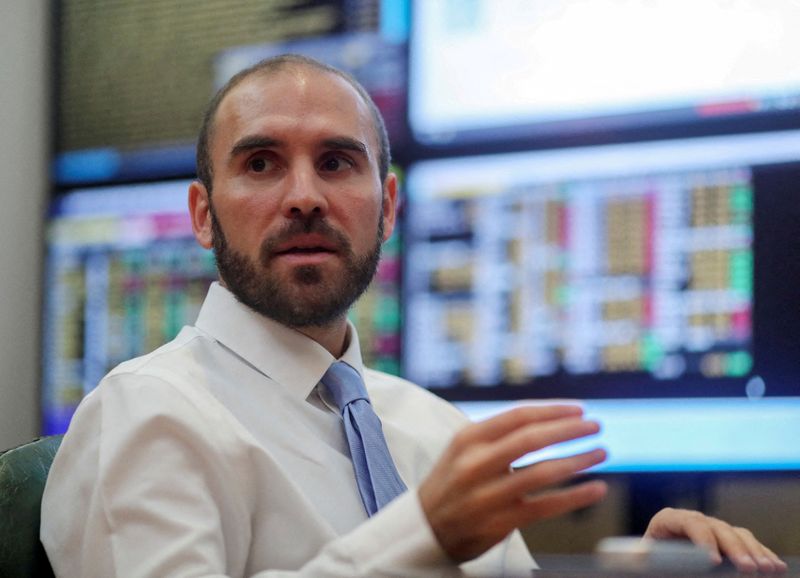 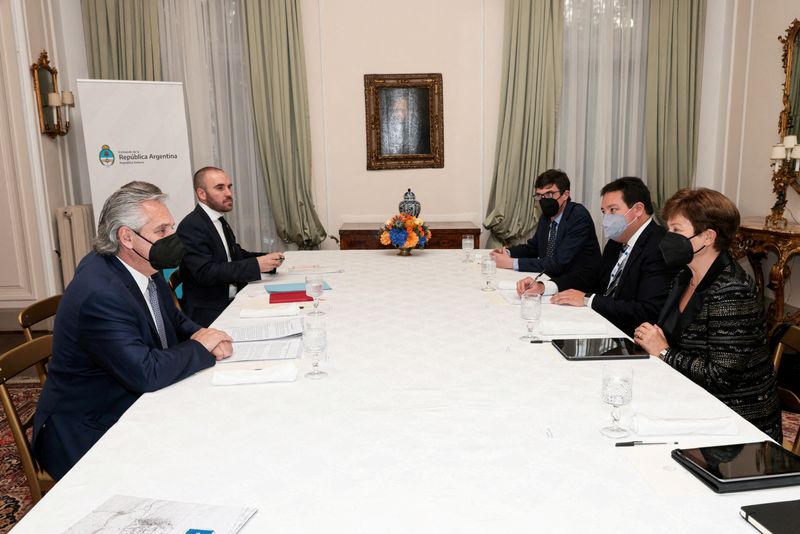