Beginning this spring, Sanders will host MSNBC on the weekends and the Peacock streaming service’s “The Choice from MSNBC,” the network said in a statement. She will be based in Washington, DC.

Sanders left Harris’ office at the end of last year. She previously worked for President Joe Biden’s campaign and often traveled with Harris on domestic and foreign trips.

She also made it known, both privately and in her memoir, that she was interested in becoming the White House press secretary and the first Black woman to hold the job, but was passed over for the role in 2021.

“Her program will explore issues at the intersection of politics, culture and race and break down how decisions made in Washington impact electorates, industries, and communities across the country,” MSNBC said on Monday.

She will also interview policy makers and government officials, the network said.

(Reporting by Kanishka Singh in Bengaluru; Editing by Richard Chang) 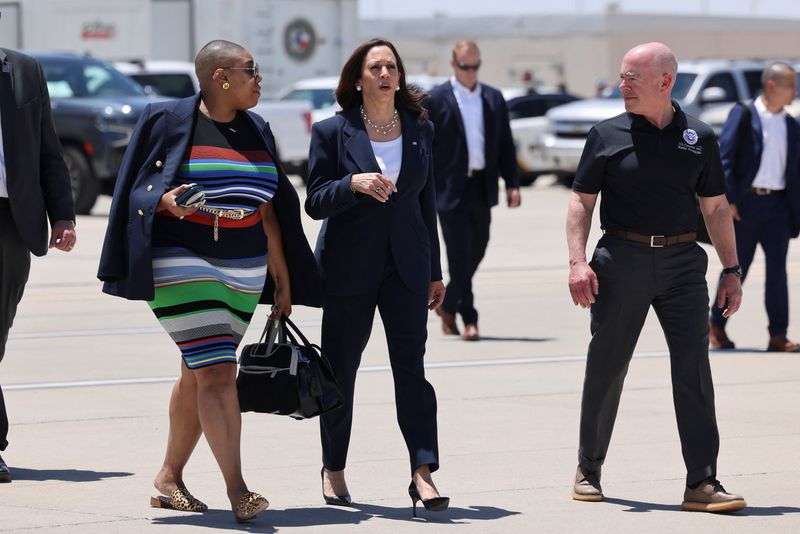