NEW YORK – A lawyer for Donald Trump on Tuesday accused the former U.S. president’s niece of trying to cash in on the family name by suing Trump and his siblings for allegedly defrauding her out of a multimillion-dollar inheritance.

At a hearing in a New York state court in Manhattan, the lawyer James Kiley rejected Mary Trump’s claim that she learned of fraud through a Pulitzer Prize-winning 2018 New York Times probe into Donald Trump’s finances, including his alleged efforts to avoid paying taxes.

Kiley said a 2001 settlement over the estate of Donald Trump’s father Fred Trump Sr put Mary Trump on notice of potential claims against her uncles and aunt, and that she waited too long by not suing them until September 2020.

“She’s saying the New York Times was like the Rosetta Stone,” Kiley said in seeking the lawsuit’s dismissal. “She was getting all this information (in 2001). All she had to do was look at it.”

Kiley also accused Mary Trump, now a 56-year-old psychologist, of wanting “round two” with her relatives because of the case’s notoriety.

“Are we kidding ourselves that if the name on this case wasn’t Trump, this case would have never been brought?” he said. “The plaintiff is seizing on sensationalism and politics to bring a claim that shouldn’t get past the courtroom front door.”

The case had its roots in the 1981 death of Mary’s father, Fred Trump Jr, the older brother of Donald Trump, who left the then 16-year-old Mary a profitable real estate portfolio.

Mary Trump claimed https://www.reuters.com/article/usa-trump-mary-trump-lawsuit-idINKCN26F2RV that her uncles Donald and Robert Trump and aunt Maryanne Trump Barry were supposed to protect her interests but instead siphoned money away, and “squeezed” her out through the 2001 settlement.


“Fraud is a secret thing,” Mary Trump’s lawyer John Quinn said. “She didn’t have the expertise and the resources the Times had, and she didn’t have any notice that there was fraud.”

The defendants have denied the fraud claims in Mary Trump’s lawsuit.

Justice Robert Reed, overseeing the case, did not say when he will rule.

Mary Trump is also being sued by Donald Trump, who accused her, the Times and three reporters in September of running an “insidious plot” to exploit his tax records in order to fulfill personal vendettas, advance political agendas and make money.

Some of Mary Trump’s allegations about Donald Trump were in her best-selling 2020 tell-all, “Too Much and Never Enough: How My Family Created the World’s Most Dangerous Man.”

Gary Freidman, a lawyer for Maryanne Trump Barry, tried at Tuesday’s hearing to turn the book against Mary Trump.

“She writes in her book, ‘we knew at the time we were being lied to,'” Freidman said. “That indicates that she had some duty at that time … to perhaps look a little further and a little deeper, not wait 20 years.”

Tax avoidance is among the issues being probed. Donald Trump has not been accused of criminal wrongdoing. 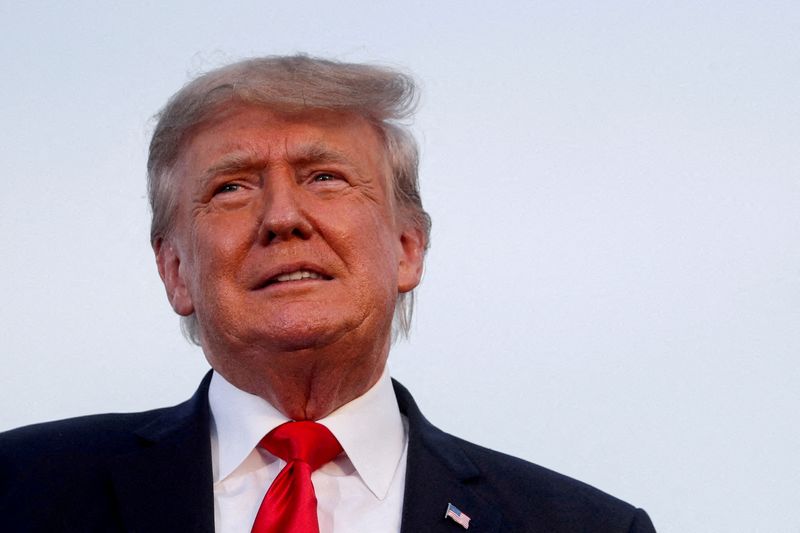