HOUSTON – Negotiators for the United Steelworkers union and Marathon Petroleum Corp, which is representing oil refiners and chemical makers, are scheduled to begin talks on Thursday on a new contract for 30,000 workers across the United States.

The talks come as oil demand has nearly returned to 2019 levels before the coronavirus pandemic hit. The decline in demand contributed to refineries halting operations. U.S. petroleum and liquid fuels consumption this year is projected to surpass 2019 levels.

“We’re looking forward to getting an agreement that’s good for our members who have been working hard in difficult times for the past two years,” said Mike Smith, chairman of the USW’s National Oil Bargaining Program.

The three-year contract would set pay, benefits and certain policies to be incorporated into contracts that will be then hammered out between local unions and plant operators.

USW-represented refinery workers make about $44 an hour after about four years on the job. The 2019 agreement set an 8.5% pay increase over three-year term of the deal.

In August, a conference of USW-represented workers laid out a series of objectives seeking an unspecified pay increase, improved health insurance and severance pay for workers who lose their jobs. Those proposals were ratified by local unions in the fall.


The USW will issue at the first session a notice to strike if sufficient progress is not being made by the time the current national agreement expires at 12:01 a.m. on Feb. 1. That is a routine part of union practice, Smith said.

The longest walkout was at Marathon’s Galveston Bay Refinery in Texas City, Texas, which lasted five and a half months.

This is the first year Marathon takes on negotiations for the oil and chemical companies. Marathon is the largest U.S. refiner, operating 16% of national crude oil refining capacity, according to the latest survey by the U.S. Energy Information Administration.

Marathon replaced Shell Oil Co, which has sold or shuttered most of its U.S. downstream plants. 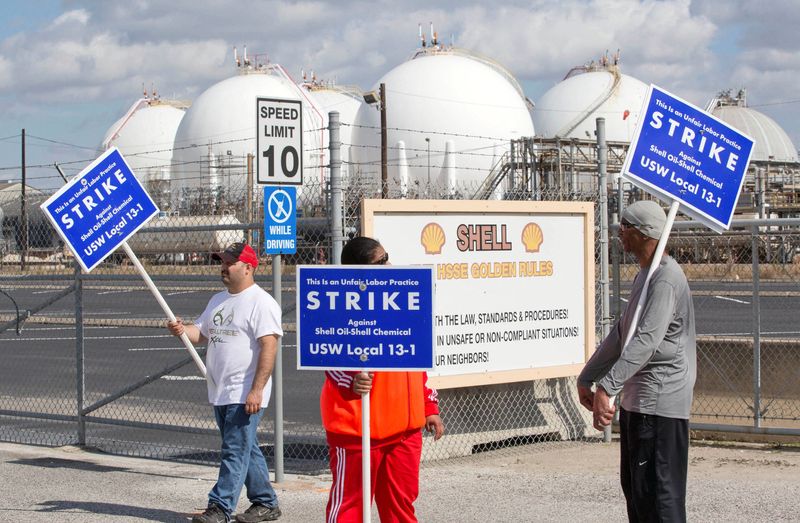 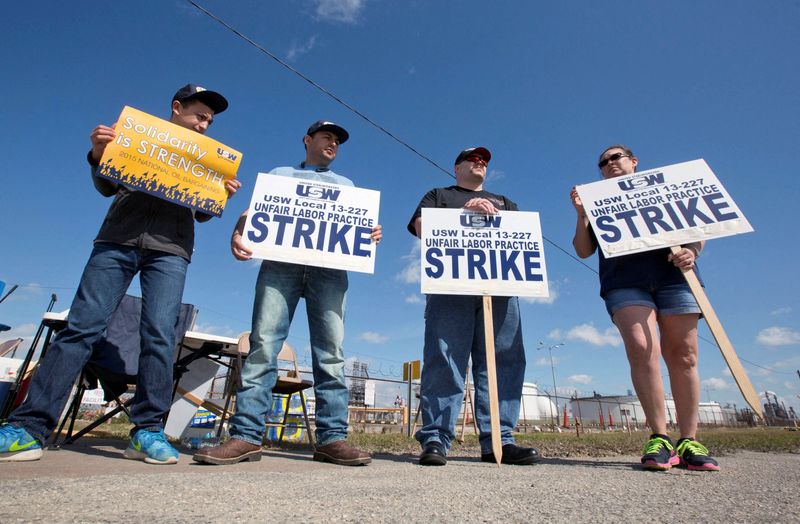