NEW DELHI – India has eased its COVID-19 rules on testing, quarantine and hospital admissions in a bid to free up resources for its neediest people, a strategy hailed by experts even though it carries the risk of a heavy undercount of infections and deaths.

The moves will offer a breathing space for healthcare facilities, often overstretched in a far-flung nation of 1.4 billion, as they battle a 33-fold surge in infections over the past month from the highly contagious Omicron variant.

This week, federal authorities told states to drop mandatory testing for contacts of confirmed cases unless they were old or battling other conditions, while halving the isolation period to a week and advising hospital care only for the seriously ill.

“Contact-tracing has been the most resource-intensive activity since the pandemic began,” said Sanjay K. Rai, a professor of community medicine at the All-India Institute of Medical Sciences in New Delhi, the capital.

“That strategy did not work and wasted resources,” he added, saying serological surveys had shown it had detected only a fraction of infections. “The new one will ensure optimum utilisation of what we have got.”

India’s tally of infections crossed 36 million on Thursday, with 247,417 new cases, although daily testing has stayed well below the capacity of more than 2 million.

Four Indian epidemiologists echoed Rai’s view, saying it was better to monitor the numbers of those in hospital, rather than infections, while targeting crowded spaces such as workplaces, dormitories and barracks with rapid testing.

They added that the guidelines on shorter isolation and hospital admissions were in line with global practice, as most Omicron sufferers recover quicker, although they spread the virus faster.

But some experts say the new rules could lull people into taking infections lightly until it is too late, especially in the rural areas home to two-thirds of the population, where few seek tests unless directed by authorities.

“This new strategy will affect data from rural India or certain states in a disproportionate way,” said Bhramar Mukherjee, an epidemiology professor at the University of Michigan.

“It will be harder to predict upcoming hotspots and epicentres,” she added, which would leave authorities less time to marshal resources against the disease.

It would also affect the tracking of COVID-19 deaths, an effort Mukherjee said was “already highly imperfect and under-reported”.

Health experts say India massively undercounts infections, with its death toll outstripping the official figure of about 485,000, as few victims of earlier waves, chiefly in rural areas, learnt of their condition until the last moment.

India’s best healthcare facilities are clustered in major cities, while poor people across vast swathes of the country have to rely on dilapidated government networks.

For example, government-run district hospitals in the sprawling mineral-rich state of Bihar struggle with one of India’s worst ratios of medical staff to patients, while New Delhi is staffed at more than twice the national average.

The health ministry and the state-run Indian Council of Medical Research (ICMR) did not immediately respond to requests for comment.

There was no shortage of test kits, with thousands of people having bought home test kits in the past week, ICMR chief Balram Bhargava said on Wednesday, but did not say if rural areas were as well supplied as urban areas.

Some Indian states have decided to ignore the new testing guidelines since they are not bound by them.

Karnataka, home to the southern technology hub of Bengaluru, has reported India’s third-highest tally of infections, and plans to continue tests for close contacts of the infected.

A survey published this week by New Delhi-based website LocalCircles found that 15% of respondents knew of one or more of their family and friends who did not get tested, despite showing symptoms similar to COVID-19 in the past month.

It said the gap between actual and reported daily cases would widen when the virus reaches smaller towns and villages.

South Asian nations with less than half their people fully vaccinated, such as India, run a greater risk of severe illness that requires hospital stays, the International Federation of Red Cross and Red Crescent Societies said.

“As we are seeing new variants, we must not be complacent in adhering to public health measures,” said Abhishek Rimal, an Asia-Pacific official of the humanitarian network. 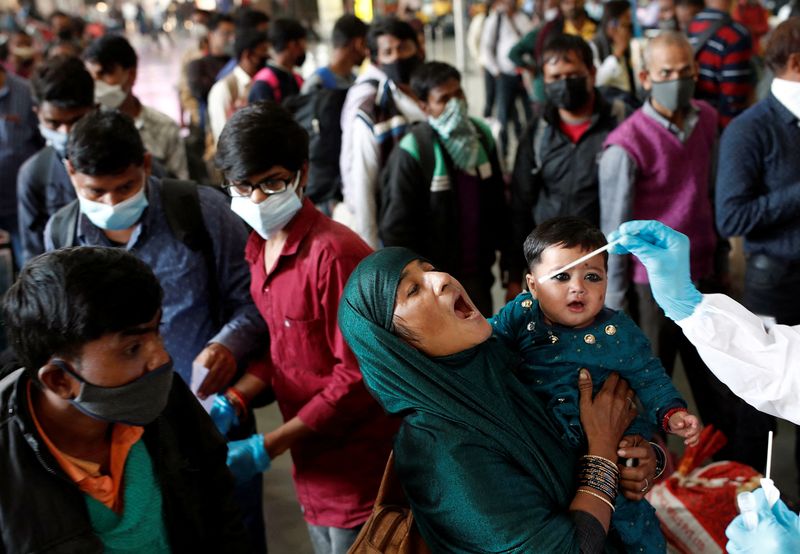 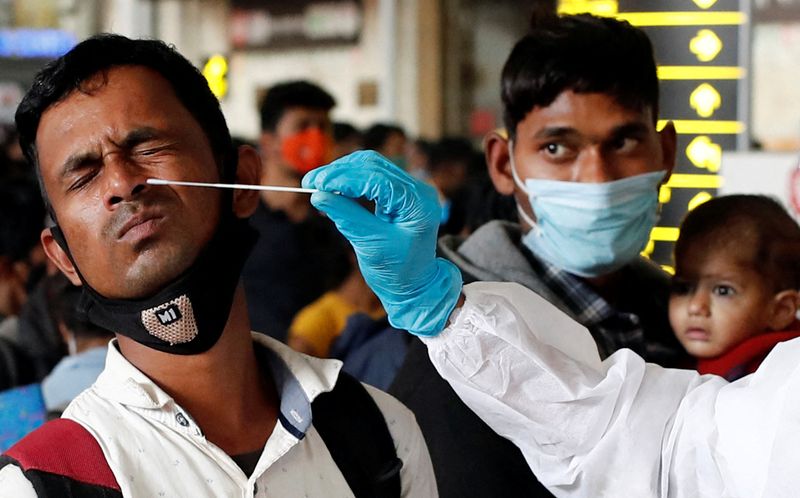 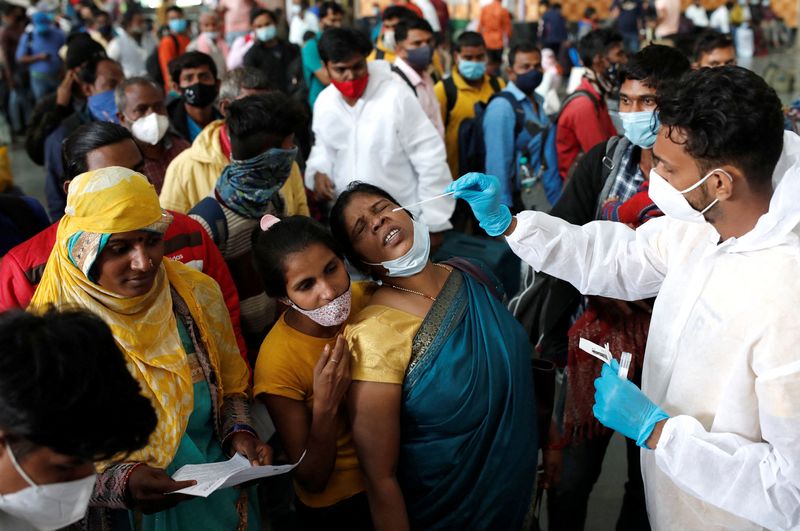 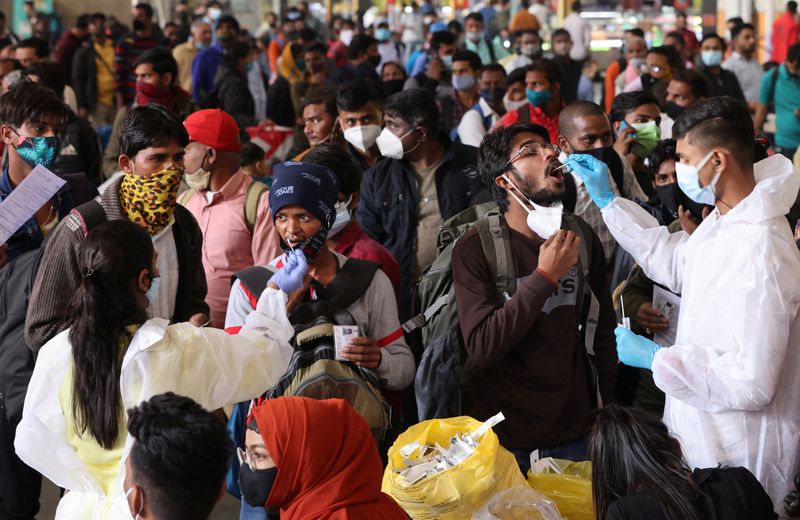