– A fast-spreading Omicron variant that causes milder illness compared with previous versions of the coronavirus has fueled the view that COVID-19 poses less of a risk than in the past.

In which case, some ask, why go to great lengths to prevent getting infected now, since everybody will be exposed to the virus sooner or later?

Here is why experts say it is not time to be complacent about Omicron:

YOU COULD STILL BECOME VERY ILL

Research has indicated that Omicron may be more likely to lead to an asymptomatic case of COVID-19 than prior variants. For those who do have symptoms, a higher proportion experience very mild illness, such as sore throat or runny nose, without the breathing difficulties typical of earlier infections.

But the extraordinary spread of Omicron in many countries means that in absolute numbers, more people will experience severe disease. In particular, recent data from Italy and Germany show that people who are not vaccinated are far more vulnerable when it comes to hospitalization, intensive care and death.

“I agree that sooner or later everyone will be exposed, but later is better,” said virus expert Michel Nussenzweig of Rockefeller University. “Why? Because later we will have better and more available medicines and better vaccines.”

YOU COULD INFECT OTHERS

You might become only mildly ill, but you could pass the virus to someone else at risk for critical illness, even if you have antibodies from a prior infection or from vaccination, said Akiko Iwasaki, who studies viral immunology at Yale University.

Infections with earlier variants of the coronavirus, including mild infections and “breakthrough” cases after vaccination, sometimes caused the lingering, debilitating long-haul COVID syndrome. “We have no data yet on what proportion of infections with Omicron… end up with Long COVID,” Iwasaki said. “People who underestimate Omicron as ‘mild’ are putting themselves at risk of debilitating disease that can linger for months or years.”

Also unclear is whether Omicron will have any of the “silent” effects seen with earlier variants, such as self-attacking antibodies, sperm impairments and changes in insulin-producing cells.

MEDICATIONS ARE IN SHORT SUPPLY

Omicron treatments are so limited that doctors must ration them. Two of the three antibody drugs used during past COVID-19 waves are ineffective against this variant. The third, sotrovimab, from GlaxoSmithKline, is in short supply, as is a new oral antiviral treatment called Paxlovid, from Pfizer Inc, that appears effective against Omicron. If you get sick, you might not have access to treatments.

Related News:   Here’s How One Texas Lawsuit Could Upend The Abortion Industry

HOSPITALS ARE FILLING UP

In fully vaccinated and boosted individuals without underlying medical conditions, Omicron “will not do too much damage,” said David Ho, professor of microbiology and immunology at Columbia University. Still, the fewer infections, the better, especially now, “when the hospitals are already overwhelmed, and the peak of Omicron wave is yet to come” for most of the United States, Ho said.

Due to record numbers of infected patients, hospitals have had to postpone elective surgeries and cancer treatments. And during past surges, overwhelmed hospitals have been unable to properly treat other emergencies, such as heart attacks.

Omicron is the fifth highly significant variant of the original SARS-COV-2, and it remains to be seen if the ability of the virus to mutate further will slow down.

High infection rates also give the virus more opportunities to mutate, and there’s no guarantee that a new version of coronavirus would be more benign than its predecessors. “SARS-CoV-2 has surprised us in many different ways over the past two years, and we have no way of predicting the evolutionary trajectory of this virus,” Ho said.

Variants evolve to evade people’s immunity to earlier variants. How well Omicron antibodies will protect against future variants is unclear. Early COVID-19 survivors had antibodies that could neutralize the original virus but were less effective against variants, the U.S. Centers for Disease Control and Prevention said, and people who were only mildly ill were less likely to be able to neutralize future variants compared to survivors of severe disease. Like the common-cold coronaviruses that cause milder upper respiratory infections, Omicron “will not induce lasting immunity,” Dr. Peter Hotez, a vaccine researcher at Baylor College of Medicine, predicted in a tweet on Thursday.

(Reporting by Nancy Lapid; Additional reporting by Emilio Parodi in Milan and Ludwig Burger in Frankfurt; Editing by Michele Gershberg and Lisa Shumaker) 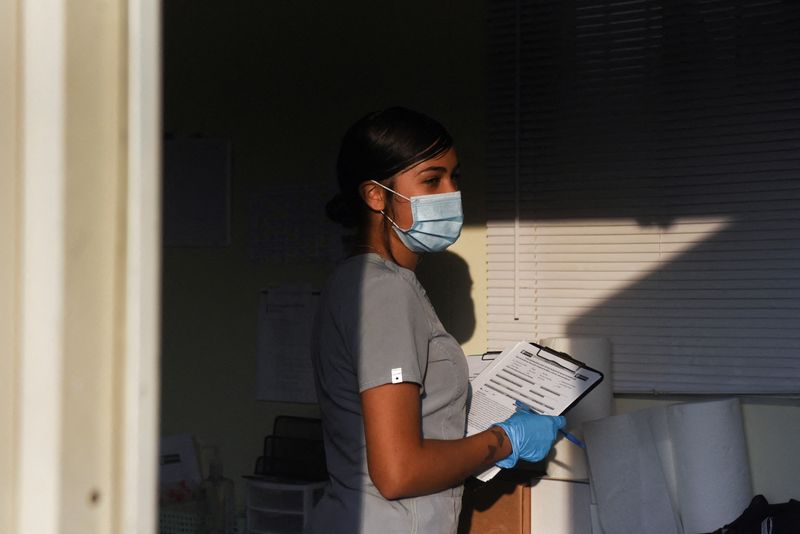