The Italian parliament will convene on Jan. 24 to begin voting for a new head of state to replace the outgoing Sergio Mattarella. Centre-right leaders are expected to discuss the situation at a meeting set for Friday.

“The centre-right is firm and unanimous in its support for Berlusconi, we will not accept ideological vetoes from the left,” Salvini said in a statement, referring to centre-left parties that have denounced Berlusconi’s presidential ambitions.

The presidential election is dominating political debate in Italy and will likely have a major impact on the country’s future.

Prime Minister Mario Draghi is among the top candidates for the job, but his promotion to the head of state’s Quirinale Palace would leave the parties with the choice of either installing a new premier or asking for an election a year ahead of schedule.

In a news conference on Wednesday, Salvini made clear his party would be ready to stay in government even if Draghi left, but repeated he would like the former European Central Bank chief to remain premier.


Berlusconi’s Forza Italia party has said it would quit the unity government if Draghi moves to the Quirinale.

The presidential election is conducted by a ballot held among more than 1,000 parliamentarians and regional delegates. The vote is secret, making it difficult for party leaders to be sure that lawmakers follow their instructions.

Analysts and politicians believe Berlusconi – who is still dealing with trials related to his infamous “Bunga Bunga” sex parties of more than a decade ago – is unlikely to muster the broad support needed to win the vote.

Even if all the lawmakers in the centre-right bloc voted for him, Berlusconi would still need at least 50 more votes to make him head of state – which he would have to secure from a pool of 113 unaffiliated lawmakers.

Riccardo Molinari, the League lower-house leader, told an Italian radio station that his party wanted Berlusconi to be elected, but added that his camp needed to find a candidate that the left could also support.

“It is no secret that Berlusconi is a divisive figure,” he said. 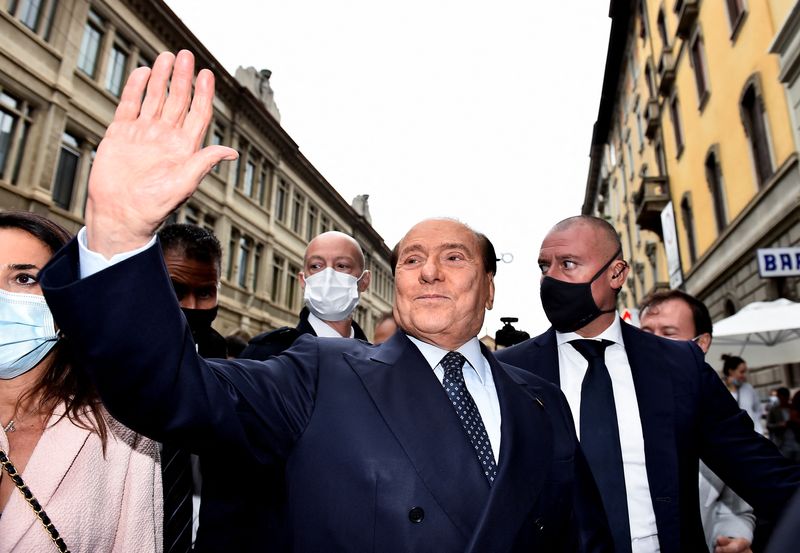