STOCKHOLM -Sweden hit a new daily record for COVID-19 cases on Thursday, with figures likely to continue to increase rapidly over the next couple of weeks before peaking at the end of January, the country’s health agency said on Thursday.

The number of new cases hit 25,215 on Thursday amid a surge in the Omicron variant and the Public Health Agency warned that figure could more than double by the end of the month in a worst-case scenario.

Sweden recently tightened its restrictions and has urged people to work from home in an effort to minimise the spread of the virus.

“The calculations in the Health Agency’s updated scenarios show a massively increasing infection spread for another two weeks, with a peak at the end of January,” the Health Agency said in a statement on Thursday.

In a worst-case scenario, Sweden could see around 69,000 daily cases at the peak, the Health Agency said.

The agency’s previous outlook, from Dec. 21, said Sweden could, in a worst-case scenario, see more than 15,000 new COVID-19 cases per day with a peak in mid-January.

State epidemiologist Anders Tegnell said Sweden was experiencing the same rapid increase in infections as many other countries.

“These increases are probably going to continue for a while yet. That means that we already… have a high level of pressure on the health and welfare system,” he told a news conference.

While COVID infections have soared, the number of people hospitalized with the disease remains well below the peaks in previous waves. The number of new deaths has also been comparatively low. 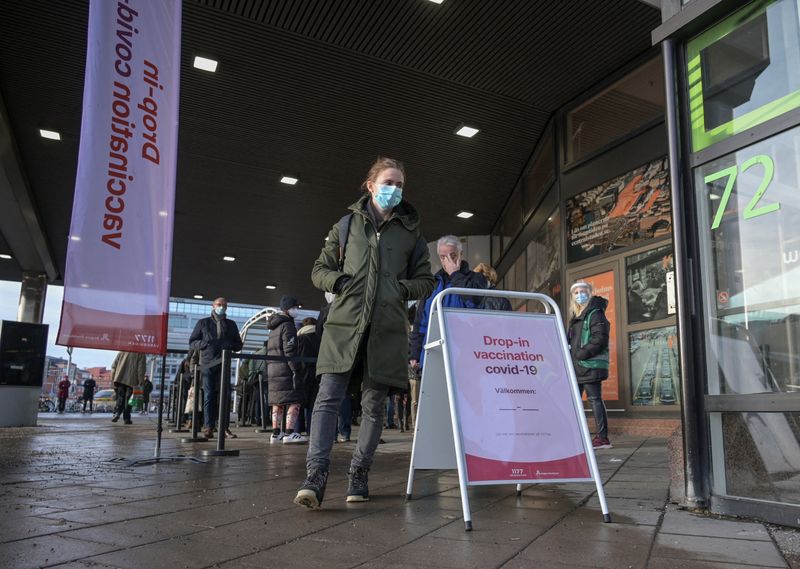