Speaking to other ministry officials at a closed-door event on Monday, Florian Toncar said Germany would have to ensure at a European level that once the pandemic was over, the bloc returned to a more conservative era in terms of public finances.

European leaders have agreed to suspend the bloc’s fiscal rules until 2023 but there is now debate about whether the so-called Stability and Growth Pact should be reformed to allow more flexibility before it kicks in again next year.

Chancellor Olaf Scholz’s three-party coalition government has so far signalled an openness to reforming the EU’s rules but the comments from Toncar, a member of the more fiscally conservative Free Democratic Party (FDP), mark a shift in tone.

“I believe that the paradigm shift is closer than many think,” Toncar said, adding that Germany should work on its economic performance rather than thinking about how fiscal rules could be weakened further.

“Because it will no longer be the case that we can take on any amount of debt in Europe,” said Toncar, a parliamentary secretary and close aide of Finance Minister Christian Lindner.

A finance ministry spokesman was not available to comment and Toncar could not immediately be reached via the ministry.


Prior to the pandemic, Germany was one of the most vocal members of the euro zone, along with other mostly northern states, in calling on governments with higher debt levels in the south of the bloc to reign in spending and cut borrowing.

The European Central Bank’s (ECB) bond-buying programmes have driven debt yields down to unprecedented levels across the bloc in recent few years. This has slashed yield spreads between northern nations such as Germany with relatively low debt and southern countries like Italy with a higher debt burden.

While euro area borrowing costs have risen recently as the ECB looks to unwind its pandemic emergency bond buying stimulus, they remain at historically low levels.

Germany’s benchmark 10-year Bund yield is at minus 0.06%, meaning investors pay the German government to hold the debt. Bund yields last traded above 1% in 2015, and a decade ago they were at 2%. Italian borrowing costs too are relatively low, with the gap between German/Italian 10-year bond yields at 138 basis points (bps), above last year’s low of 85 bps but well below peaks above 300 before the coronavirus crisis hit.

Italy is now facing fresh questions about the viability of its debt as the ECB has announced plans to dial back emergency support that has helped the euro zone’s most indebted economies survive the coronavirus pandemic.

European member states, including Germany, have borrowed record sums of money from investors since the start of the pandemic in 2020 to protect citizens and companies from the coronavirus and its economic impact.

In addition, the EU launched an unprecedented recovery fund worth 750 billion euros ($860 billion), debt-financed and managed by Brussels, to help member states most affected by the pandemic, such as Italy and Spain.

Several states, including Italy and France, have warned that if the agreed limits on budget deficits and overall debt remain as strict as they are under the current Stability and Growth Pact, Europe risks heading into another period of austerity when more spending is needed to push ahead with climate protection.


Toncar also said pressure from international markets could be a good thing as it could help to accelerate structural reforms.

“In Germany, too, I think there is even a chance that we will talk about priorities and structures again, that we will have to talk again about how we can make our country better, organise our community better,” Toncar said.

“This is also a chance to do everything better. It’s not just about saving euros, but overall about improving the public sector and bringing it up to date. Sometimes scarcity is also an opportunity,” Toncar said. 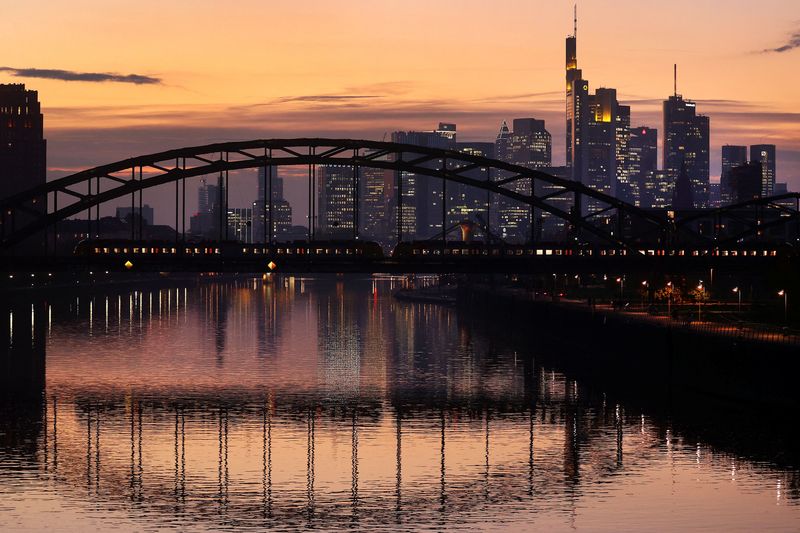