A look at the day ahead from Dhara Ranasinghe.

Let’s take a break from just how quick is the Fed going to slam on the brakes to contain inflation and talk about sterling.

The pound is proving to be one of the best performing major currencies in the early days of 2022. It’s trading near its highest levels in over two months above $1.37, thanks to signs the Omicron COVID surge is abating and on expectations that UK interest rates could rise again as soon as February.

Yet, as week draws to an end, there’s a question mark over how long the rally will last given rising political uncertainty. Prime Minister Boris Johnson’s leadership is in the balance as he faces calls to resign from some in his party over Wednesday’s admission that he attended staff drinks during the May 2020 lockdown. Fresh revelations about parties in Downing Street were being reported on Friday.

If the number of bank research notes this week reminding clients of the rules of a potential leadership challenge to Johnson are anything to go by, sterling bulls be warned.

At the Fed, Governor Lael Brainard became the latest and most senior U.S. central banker on Thursday to signal that rates will rise in March to combat inflation.

U.S. 10-year Treasury yields are slightly higher at 1.73% and the dollar index is near two-month lows — a sign that tighter policy is already well priced into the greenback now.

December U.S. retail sales numbers out later in the day is the next focus.

Lastly, China Evergrande shares edged up after the world’s most indebted developer secured a crucial approval from onshore bondholders to delay payments on one of its bonds as more developers race to avert defaults.

– China posted a record trade surplus in December and in 2021

– US earnings: BlackRock, JPM, Wells Fargo, Citi Graphic: Sterling off to a solid start to 2022, https://fingfx.thomsonreuters.com/gfx/mkt/xmvjobemgpr/theme1301.PNG 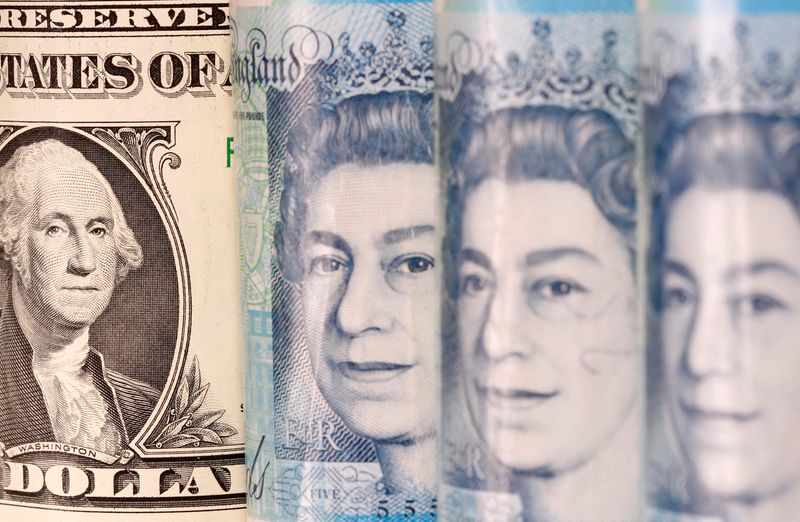