– Nearly 90% of processing plants owned by five big U.S. meat companies had COVID-19 cases in 2020 and early 2021, a Reuters analysis of public data found, as a congressional committee investigates how meatpackers handled the pandemic.

The U.S. House Select Subcommittee on the Coronavirus Crisis began its probe last year amid evidence the plants were major spreaders of COVID-19 and that workers suffered unusually severe outbreaks. It is unclear what the consequences of the investigation could be.

“The impact of the coronavirus on the essential workers of the meatpacking industry was both terrible and avoidable,” Subcommittee Chair Representative James Clyburn told Reuters. “As our investigation continues, I reiterate my call for meatpacking companies to make widespread changes and immediately provide safe working conditions for their employees.”

While the spread of COVID-19 at meat plants was covered widely by media in the first year of the crisis, the percentage of major packing plants that had multiple cases has not been previously reported.

Data from meatpackers Tyson Foods, JBS, Cargill, Smithfield Foods and National Beef made public in October showed 59,000 cases of COVID-19 and 269 deaths among their workers between March 2020 and Feb. 1 2021. Both figures were around three times higher than previous estimates.

Reuters compared that data, which included company locations with COVID-19 cases, to publicly available company filings and websites that list the companies’ major processing plant locations to determine the percentage of facilities that had multiple cases.

The analysis showed multiple cases at 218 of the 247 plants owned by the five companies in the United States over the period. That represents 88.2%. For each company individually, the rates ranged from 82% of JBS’62 U.S. plants – including those owned by its subsidiary Pilgrim’s Pride – to 100% of National Beef’s eight plants.

Mark Lauritsen of the United Food and Commercial Workers union, which represents meatpacking workers, said the numbers were “a reflection and confirmation of how bad the initial outbreaks in meatpacking were.”

Reports of outbreaks at meat plants have slowed since the first year of the pandemic, but infections from the Omicron variant are causing staffing issues, according to meat companies and union officials.

Tyson spokesman Gary Mickelson did not comment on the percentage of company plants with cases but said the company has spent $810 million on preventative COVID-19 measures and began providing paid sick leave to vaccinated workers this month.

Smithfield vice president of corporate affairs Jim Monroe called the Reuters analysis “misleading” and said one reason for the high number of cases was due to “frequent and widespread testing” of workers. Monroe also pointed to Smithfield’s efforts to protect its workers including by providing protective equipment like face shields and by installing sanitizer stations.

National Beef, Cargill and JBS did not respond to a request for comment. 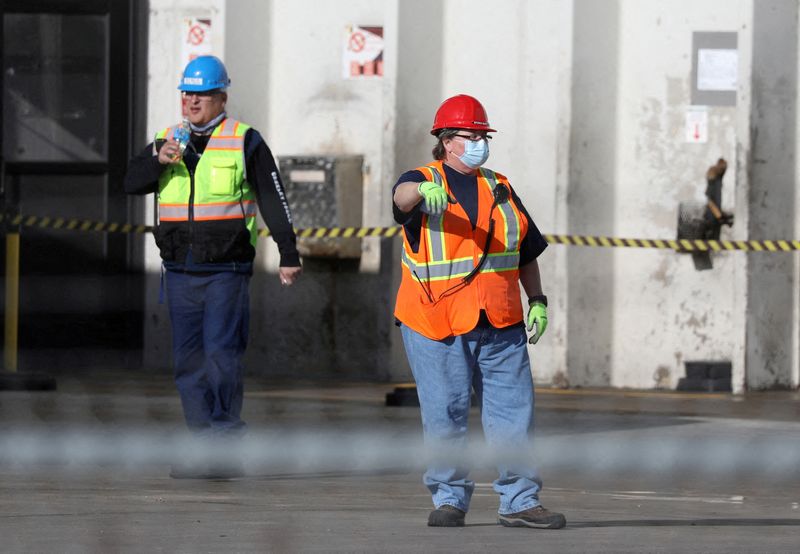