– U.S. consumer sentiment soured in early January, falling to the second lowest level in a decade as Americans fretted about soaring inflation, a survey showed on Friday.

The University of Michigan said its preliminary consumer sentiment index fell to 68.8 in the first half of this month from a final reading of 70.6 in December.

Economists polled by Reuters had forecast the index would decline to 70.0.

Americans have been buffeted by various headwinds despite an overall strong economy, with inflation topping the list of concerns.

At a current annual rate of 7.0%, inflation is near a 40-year-high, outstripping wage gains. Consumer price increases have broadened from a handful of pandemic-sensitive categories while supply chain disruptions have continued.

The current inflation readings have bolstered expectations that the Federal Reserve will start raising interest rates in March as it seeks to bring down the rate of price increases closer to its 2% flexible target.

The last few weeks have also seen a surge in COVID-19 cases due to the highly transmissible Omicron variant, which has exacerbated labor shortages as the United States nears maximum employment.

“While the Delta and Omicron variants certainly contributed to this downward shift, the decline was also due to an escalating inflation rate,” Richard Curtin, the survey director, said in a statement.

“Three-quarters of consumers in early January ranked inflation, compared with unemployment, as the more serious problem facing the nation,” he added.


Economic growth is still expected to have grown last year at its fastest pace in almost four decades after falling into a brief recession in 2020 caused by the coronavirus pandemic. 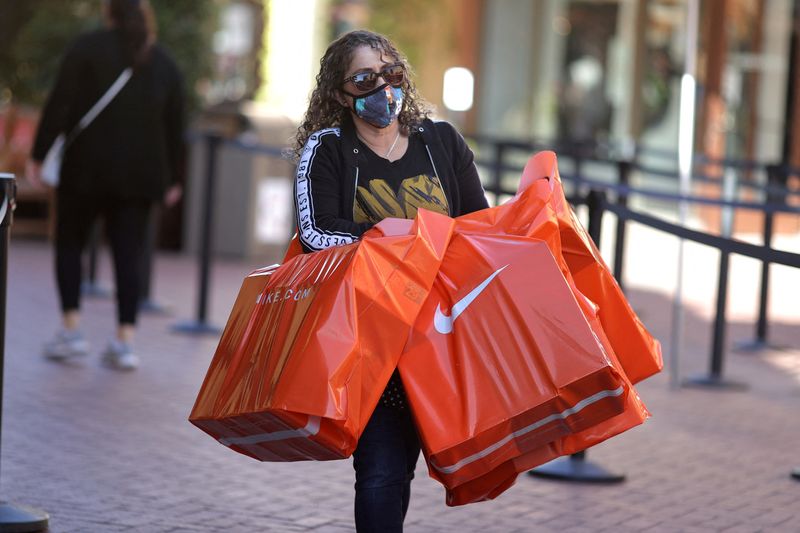