Biden’s visit to the “City of Brotherly Love” comes hours after an FBI hostage rescue team https://www.reuters.com/world/us/police-colleyville-texas-involved-standoff-synagogue-media-2022-01-15 stormed a synagogue in Colleyville, Texas, to free three hostages after a more than 10-hour standoff. Another hostage had been freed earlier.

The president, who was briefed on the crisis as it unfolded, said there was more to learn about what motivated the hostage-taker, but pledged to “stand against anti-Semitism and against the rise of extremism in this country.”

In a proclamation on Friday, Biden warned against complacency and said it was crucial to continue King’s work by enacting legislation to protect voting rights, opposing the rise of white supremacism and other forms of extremism, and pressing for greater economic justice.

“Living up to his legacy, and what Dr. King believed our Nation could become, requires more than just reflection — it requires action,” Biden said in the proclamation.


“That is why the Congress must pass Federal legislation to protect the right to vote — a right that is under attack by a sinister combination of voter suppression and election subversion.  We must confront the scourge of racism and white supremacy — a stain on our Nation — and give hate no safe harbor in America.”

But Biden’s push to enact voting rights legislation appears doomed after Democratic Senators Kyrsten Sinema and Joe Manchin said they opposed changing the Senate’s filibuster rule, which requires that 60 of the 100 senators agree on most legislation, in a chamber where Democrats now hold only 50 seats.

Senate Majority Leader Chuck Schumer still plans to begin debate on the voting rights legislation on Tuesday. If Republicans block that bill as anticipated, Schumer said he was still prepared to seek a change in the Senate’s filibuster rule to win passage. But given Sinema and Manchin’s stance, efforts to change the filibuster appear doomed to fail.

Biden told reporters on Thursday he was not certain the bill could pass now but vowed to keep trying.

“One thing for certain: Like every other major civil rights bill that came along, if we miss the first time, we can come back and try it a second time. We missed this time.”

The Democratic-controlled House of Representatives passed a voting bill on Thursday. But Democrats cannot overcome universal Republican opposition in the Senate without changing the filibuster. 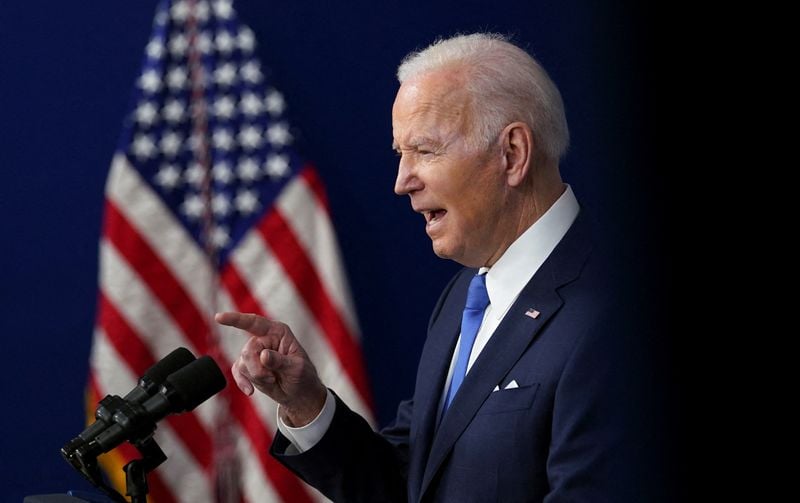