By Ebru Tuncay and Orhan Coskun

ISTANBUL – Turkey’s big state banks have set employee performance targets as they urge clients to convert foreign currencies into lira under a deposit-protection plan introduced last month to stem a currency crisis, according to people familiar with the effort.

More than half a dozen bankers, customers and others familiar with the matter interviewed by Reuters describe a concerted push to boost the uptake of the scheme, which President Tayyip Erdogan unveiled when the lira tumbled to a record low in mid-December.

“The conversion from forex to lira was added as an employee performance criteria,” said one banker, who added that they were shown statistics from rival banks to encourage competition.

“We are being called numerous times every day and asked how much we converted,” the banker said, requesting anonymity as did the others given they were not authorised to speak publicly.

A second person familiar with the matter said bank general managers were calling clients with at least $5 million in foreign deposits to pitch the new programme, while others approached those with smaller holdings.

The government has tweaked the programme a few times over the last month to accelerate it and is considering shortening, from three months now, the minimum duration for deposits to qualify, that person said.

Under the scheme, the Treasury and central bank guarantee deposits with a three to 12 month duration against foreign exchange-related losses in an effort to halt a flight to the dollar amid soaring inflation.

Along with currency interventions last month, the scheme helped spark a sharp lira rally. Still, the currency ended the year down 44%, the worst performer in emerging markets.

The Treasury, which administers the program and oversees the state banks, did not immediately comment on employee targets nor on possibly shorter minimum deposit durations.

While both private and public banks have incentives to promote the plan, it is the country’s big three state banks which could hold the key to its success.

Out of those, Ziraat Bank declined to comment, while Vakif Bank and Halk Bank did not respond to requests sent on Friday.

Turkey’s rules prohibit banks from pushing specific products to clients and one person familiar with the matter described the targets as “unofficial” but bankers’ and client accounts showed employees were expected to do their best to bolster the scheme.

One private export sector told Reuters bankers who visited him tried hard to sell the programme even though he explained it was not a right fit for a business that pays for raw materials and earns income in foreign currencies.

“A lot of effort was made to try and convince me,” he said.

Finance Minister Nureddin Nebati said 131 billion worth of lira ($9.7 billion) had been deposited into the protected accounts at the end of last week. Most, however, has come from existing lira accounts, not from dollars or euros, Reuters has reported.

In order to boost uptake, the government added corporate currency accounts to the scheme last week.

The currency crisis was sparked by a series of unorthodox interest rate cuts urged by Erdogan under a new economic policy that stresses exports, credit and investment.

To support the scheme, the government has also waived an interest cap on lira deposits converted from hard currencies and allowed those converted from unprotected lira accounts to carry an extra 3% on top of the central bank’s 14% policy rate.

The central bank also offers higher interest on part of required lira reserves converted from foreign exchange, and will charge a 1.5% fee on dollar and euro deposits if they miss a 10% conversion threshold by April 15.

To woo clients, state banks were offering up to 19% and private banks up to 26% on protected lira accounts converted from foreign currencies, according to one of the bankers.

But while that might help smaller banks meet the conversion threshold deadline, big banks may still need more client incentives to accomplish that, another senior banker said. 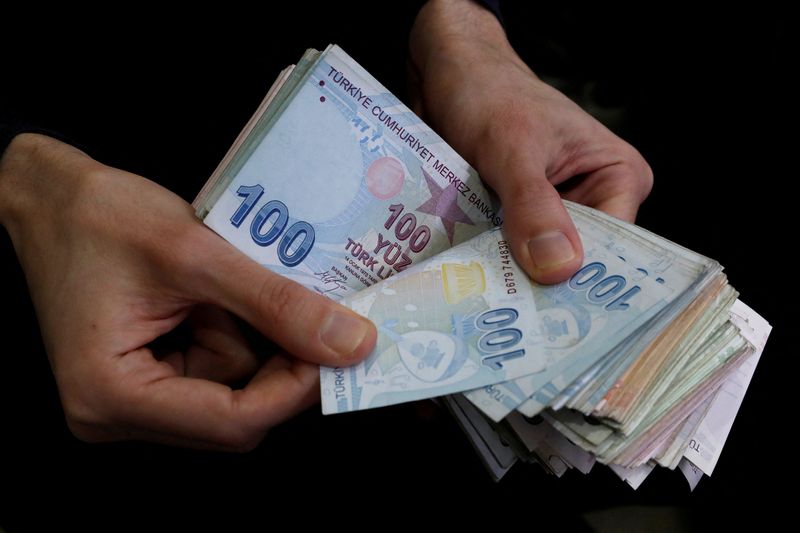