By Sabine Siebold and Susan Heavey

BERLIN/WASHINGTON – Germany signalled on Tuesday that it could halt the Nord Stream 2 pipeline from Russia if Moscow invades Ukraine, and Western nations rallied behind Kyiv over a Russian troop buildup that has stoked fears of war.

Stepping up diplomacy after talks with Russia ended in stalemate last week, U.S. Secretary of State Antony Blinken will visit Kyiv on Wednesday before heading to Berlin to discuss “joint efforts to deter further Russian aggression against Ukraine” with German, British and French officials.

Baerbock warned that Moscow would suffer if it does attack its neighbour, and Chancellor Olaf Scholz signalled that Berlin’s response might include stopping the Nord Stream 2 pipeline bringing gas to Germany.

Asked about the pipeline after meeting NATO Secretary-General Jens Stoltenberg, Scholz said it was “clear that there will be a high price to pay and that everything will have to be discussed should there be a military intervention in Ukraine”.

Scholz has previously said Germany is open to sanctions in the event of a Russian attack and that everything would be on the table. This would include Nord Stream 2, which has been built but has not yet secured approval to open.

Russian Foreign Minister Sergei Lavrov said after meeting Baerbock on Tuesday that the pipeline would increase European energy security when it is open, and that “attempts to politicise this project” would be counter-productive.

Russia denies plans to attack Ukraine but says it could take unspecified military action unless its demands – including a promise by the NATO alliance never to admit Kyiv – are met.

Tens of thousands of Russian troops remain near Ukraine’s borders and Moscow has also sent troops and military hardware to Belarus this week in preparation for drills with its close ally that have caused further concern in the West.

The tensions have helped push the Russian rouble down against the U.S. dollar and Russian stocks have fallen.

In Berlin, Stoltenberg said he had invited NATO allies and Russia to a further series of meetings at the NATO-Russia Council to discuss ways to improve the security situation, after an inconclusive first round of talks in two years last week.

“NATO’s allies are prepared to discuss concrete proposals on how to reduce risks and enhance transparency regarding military activities and how to reduce space and cyber threats,” he told a joint news conference with Scholz.

“We are also prepared to resume the exchange of briefings on exercises and our respective nuclear policies.”

Although the West is rallying behind Ukraine, the former Soviet republic is not a NATO member and it has no treaty obligations to defend it.

Following up on last week’s talks with Russia, which produced no breakthrough, Blinken will meet Ukrainian President Volodymyr Zelenskiy and Foreign Minister Dmytro Kuleba in Kyiv on Wednesday, the U.S. State Department said.

“(Russian) President (Vladimir) Putin has it in his power to take steps to de-escalate this crisis so the United States and Russia can pursue a relationship that is not based on hostility or crisis,” the official said.

Blinken spoke with Lavrov on Tuesday and urged de-escalation, the State Department said separately. The senior official said the two decided in the call that it would be useful to meet in person. 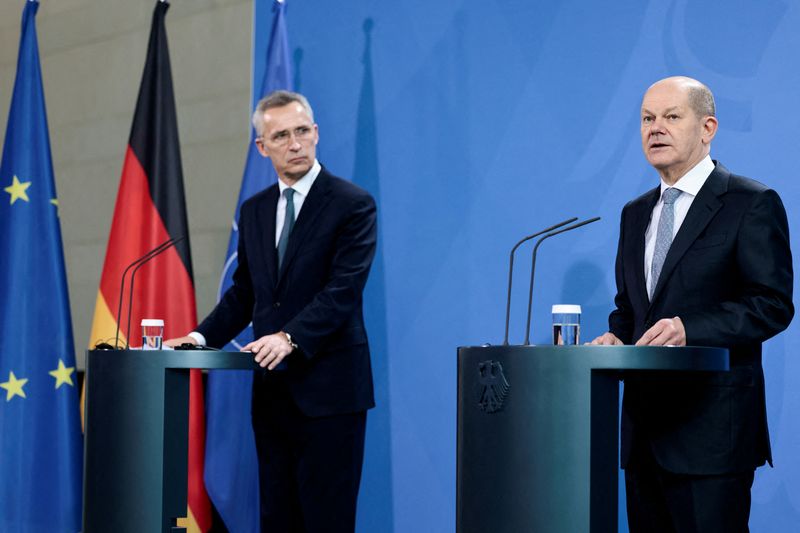 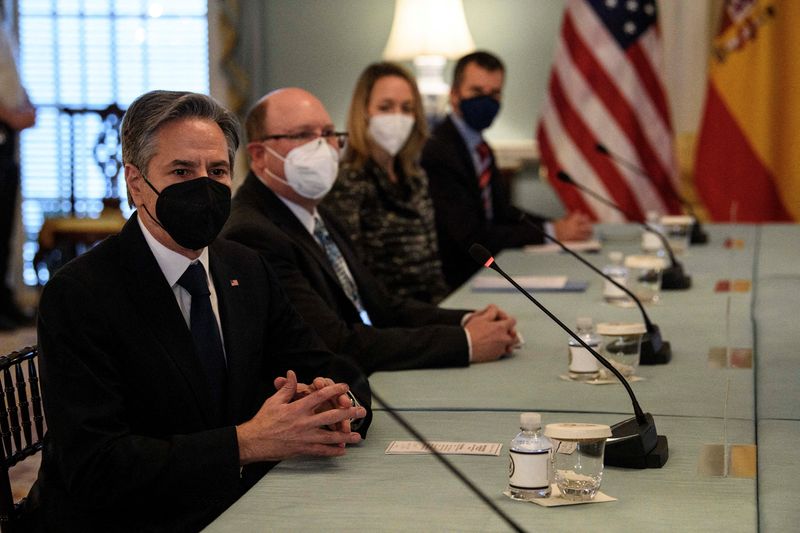 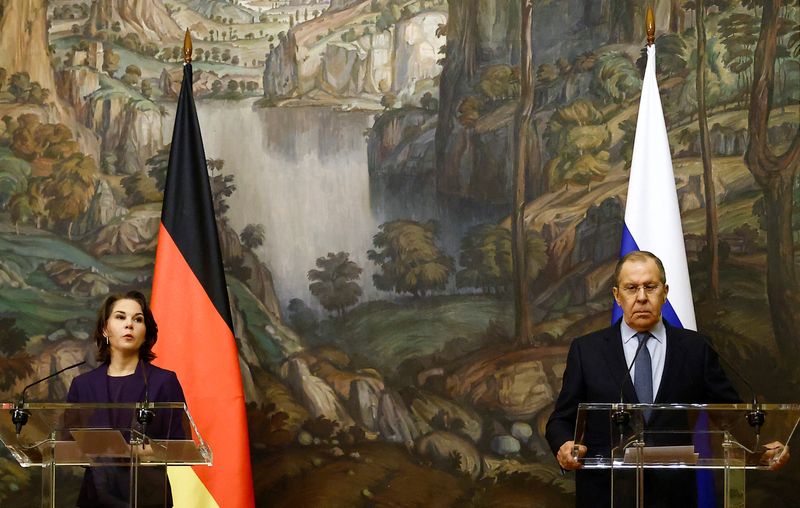