The missile test was the North’s fourth in 2022, with two previous launches involving “hypersonic missiles https://www.reuters.com/world/asia-pacific/nkorea-says-launch-wednesday-was-hypersonic-missile-yonhap-2022-01-05” capable of high speed and manoeuvring after lift-off, and another test on Friday using a pair of SRBMs fired from train cars https://www.reuters.com/world/asia-pacific/north-korea-used-railway-born-missile-fridays-test-kcna-2022-01-14.

The U.N. Security Council is likely to meet behind closed-doors on Thursday on the continued missile launches, diplomats said. The United States, Britain, France, Ireland and Albania made the request on Tuesday for a Council discussion.

South Korea’s military said on Monday that North Korea launched https://www.reuters.com/article/northkorea-missiles-idINL1N2TX006 two short-range ballistic missiles (SRBMs) from an airport in its capital, Pyongyang, which flew about 380 km (236 miles) to a maximum altitude of 42,000 meters (137,800 feet).

The Academy of Defence Science conducted a test of tactical guided missiles from the country’s west, and they “precisely hit an island target” off the east coast, the official KCNA news agency said on Tuesday, without elaborating.

Breaking News
FROM SOLAR GRID TO CATTLE SHED: How Greenpeace’s Dream Of A Solar-Powered Village Fell Apart In Just A Few Years

“The test-fire was aimed to selectively evaluate tactical guided missiles being produced and deployed and to verify the accuracy of the weapon system,” KCNA said.


It “confirmed the accuracy, security and efficiency of the operation of the weapon system under production.”

The unusually rapid sequence of launches has drawn U.S. condemnation and a push for new U.N. sanctions while Pyongyang warns of stronger actions, raising the spectre of a return to the period of “fire and fury https://www.reuters.com/article/northkorea-missiles-idAFL4N1KU4QA” threats in 2017.

U.S. Special Representative for North Korea Sung Kim urged Pyongyang to “cease its unlawful and destabilising activities” and reopen dialogue, saying he was open to meeting “without preconditions,” the State Department said after a call with his South Korean and Japanese counterparts.

South Korea’s defence ministry said on Tuesday that it takes all North Korean missile launches as a “direct and serious threat,” but its military is capable of detecting and intercepting them.

U.N. spokesman Stephane Dujarric also called the North’s tests “increasingly concerning” during a briefing, calling for all parties to return to talks to defuse tension and promote a “very verifiable denuclearisation of the Korean Peninsula.”


North Korea has not tested its longest-range intercontinental ballistic missiles (ICBMs) or nuclear weapons since 2017, as a flurry of diplomacy with Washington unfolded from 2018. But it began testing a range of new SRBM designs after denuclearisation talks stalled and slipped back into a standoff https://www.reuters.com/article/northkorea-missiles-idAFL4N1KU4QA following a failed summit in 2019.

Kim did not attend the latest test.

A photo released by KCNA showed a missile rising into the sky above a cloud of dust, belching flame.

The KN-24 resembles the U.S. MGM-140 Army Tactical Missile System (ATACMS) and is designed to evade missile defences and carry out precision strikes, he said.

Breaking News
The Media’s New Line: Abortion Is Good For The Economy. Here’s Why That’s Wrong

“The North seems to have already deployed and begun mass production of the KN-24,” Kim said, referring to the KCNA report.

“But essentially, the test could be another show of force to underline their recent warning of action.” 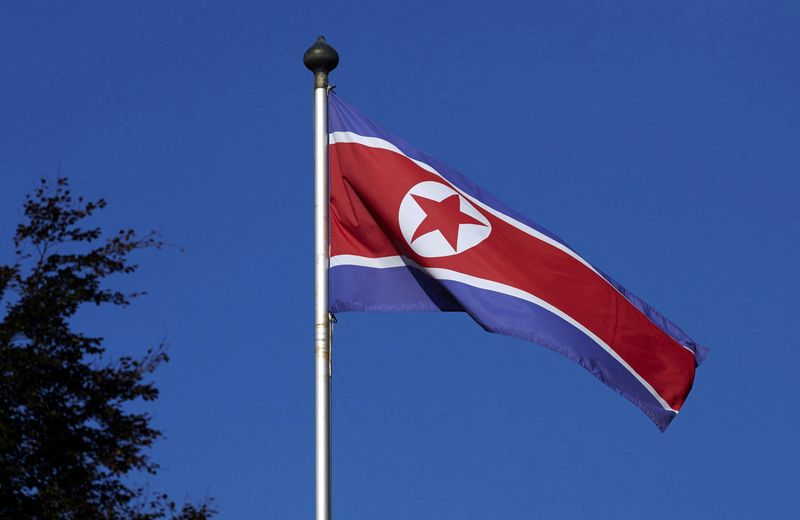