WASHINGTON – As the U.S. securities regulator wraps up a draft of a landmark new climate change rule, environmental campaigners and activist investors want it to require companies to disclose not only their own greenhouse gas emissions but those generated by their suppliers and other partners.

Corporate groups, meanwhile, are pushing for a narrower rule that will make it easier and less expensive to gather and report emissions data, and which will protect them from being sued over potential mistakes.

Last year, the Securities and Exchange Commission (SEC) started working https://www.reuters.com/business/sustainable-business/sec-considers-disclosure-mandate-range-climate-metrics-2021-06-23 on a new rule requiring U.S.-listed companies to provide investors with detailed disclosures on how climate change could affect their business.

The rule is part of a broader effort https://www.reuters.com/business/cop/key-recommendations-us-treasurys-financial-climate-risk-report-2021-10-21 by Democratic President Joe Biden’s administration to address climate change challenges and cut greenhouse gas emissions 50-52% by 2030 compared to 2005 levels, an ambitious pledge https://www.whitehouse.gov/briefing-room/statements-releases/2021/11/01/fact-sheet-president-biden-renews-u-s-leadership-on-world-stage-at-u-n-climate-conference-cop26 that will require every federal agency to do its part.

Progressives and climate campaigners want the SEC to deliver a game-changing rule that will reveal all the emissions for which a company is responsible, while many investors https://www.reuters.com/business/blackrock-warns-heavy-polluters-over-emissions-data-before-shareholder-meetings-2021-02-17 say they need such data to fully assess companies’ exposure to climate change and related policy measures.

Staff are still working on the rule, said two people familiar with the matter, and the SEC’s commissioners, who must vote to propose regulations, have not yet seen a draft.


A major issue staff are struggling with is whether and how some or all companies should disclose the broadest measure of greenhouse-gas emissions, also known as “Scope 3” emissions, according to the sources and company and investor advocates.

Corporate greenhouse-gas emissions fall into three buckets: Scope 1 are emissions a company generates. Scope 2 includes emissions it creates indirectly, for example by using electricity. Scope 3 includes emissions generated up and down the company value chain, including by suppliers and customers.

Companies say there is no agreed methodology for calculating Scope 3 emissions and providing that level of detail would be burdensome.

Disclosing second-hand emissions data from suppliers and partners could also expose companies to litigation by both the third parties and investors, if the information transpires to be misleading, they say.

“The biggest point of contention is with Scope 3 emissions. … the agency is asking companies about activities that are outside of the firm’s control,” said Tom Quaadman of the U.S. Chamber of Commerce which is in discussions with the SEC on the issue. “American companies can get sued on detailing those things.”

Some inside the SEC are sympathetic to companies’ concerns and staff are exploring whether Scope 3 disclosures could fall under an existing legal safe harbor that protects companies’ forward-looking statements, or whether a new safe harbor could be created, the sources said.

Steven Rothstein of investor advocacy group Ceres, which is pushing for Scope 3 disclosures, said SEC staff contacted them in recent months seeking more feedback on Scope 3 issues, including whether to provide a safe harbor.

Another option on the table to reduce companies’ legal exposure would see them publicly disclose Scope 1, 2 and some Scope 3 data, while filing sensitive Scope 3 data on suppliers and partners to the SEC privately, according the sources.

“The agency is trying to determine whether they should be part of the company’s financial filing or can be provided or furnished separately,” said Tracey Lewis, policy counsel on climate for Washington group Public Citizen who has also discussed the matter with the SEC.

Mandating some Scope 3 disclosures would see the United States go further than Europe and voluntary standards from the Task Force on Climate-Related Financial Disclosures.

That group, created by the G20’s Financial Stability Board, proposes companies disclose Scope 3 emissions if appropriate.

It is unclear if the SEC’s two Republican commissioners would support such a move, although Democrats have enough votes to push the draft rule through regardless. Hester Peirce, one of the two Republicans, has suggested https://www.sec.gov/news/speech/peirce-chocolate-covered-cicadas-072021 emissions data disclosures are the domain of the Environmental Protection Agency.

One big challenge for the SEC, say experts, is identifying which Scope 3 metrics help investors gauge a company’s financial prospects, and ensuring the rule is flexible enough to generate specific, rather than generic information.

While emissions disclosures may be important for carbon-intensive sectors like oil, gas and automakers, they may be less relevant for others and the SEC is considering how much detail companies should provide by sector, the people said.

The SEC is also mulling how much data financial institutions, which finance carbon-intensive industries, should disclose, the people said. Many banks have pledged to reduce their emissions ultimately to zero, which could have major implications for their operations, they noted.

Rothstein said the SEC had also asked him whether it should include Scope 3 for large, high-revenue companies, then phase in medium and small-sized companies a year or two later.


“Scope 3 disclosure of any kind is critical and we hope that the SEC will be bold,” he added. “The climate crisis requires no less.”

(Reporting by Katanga Johnson in Washington; Editing by Michelle Price and David Gregorio) 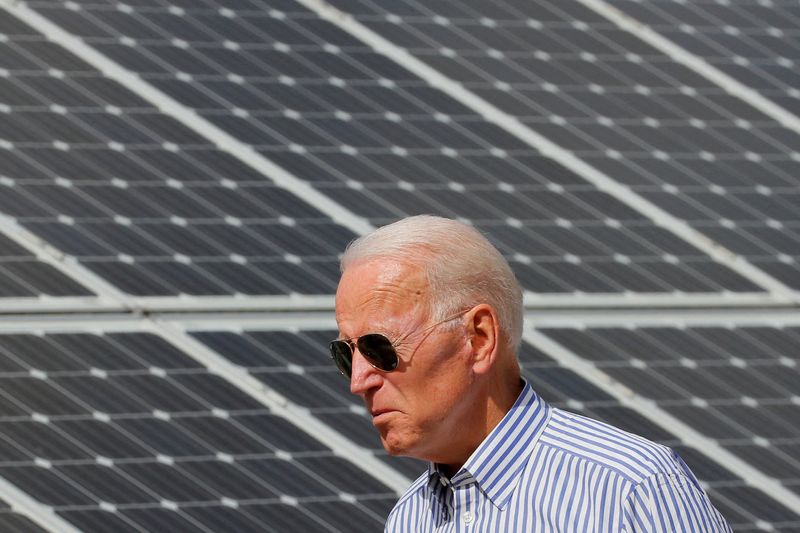