James also took legal action to compel Trump and his adult children Donald Trump Jr. and Ivanka Trump to appear for sworn testimony as part of her office’s civil investigation into the Trump Organization’s financial dealings.

“Thus far in our investigation, we have uncovered significant evidence that suggests Donald J. Trump and the Trump Organization falsely and fraudulently valued multiple assets and misrepresented those values to financial institutions for economic benefit,” James said in a statement.

She later tweeted that “Donald Trump, Trump Jr., and Ivanka Trump have all been closely involved in the transactions in question.”

Representatives for Trump did not immediately respond to a Reuters’ request for comment outside business hours.

James’ office said in a statement that since at least 2004, former president Trump and the Trump Organization have prepared an annual “Statement of Financial Condition of Donald J. Trump.”

Since 2017, when Trump became president, these statements have been issued by the Trustees of the Donald J. Trump Revocable Trust, which is overseen by Trump Jr. and Allen Weisselberg, her office said.

These financial statements contain Trump’s or the Trustees’ assertions of net worth and were submitted to counterparties, including financial institutions, in connection with Trump Organization business transactions, her office said.


“The Office of the Attorney General has determined that the Statements of Financial Condition described Trump’s (or the Trustees of the Revocable Trust’s) valuation process in broad terms and in ways which were often inaccurate or misleading when compared with the supporting data and documentation that the Trump Organization submitted to its accounting firm,” the statement from James’ office said.

The attorney general added that the statements, among other things, misstated objective facts, like the size of Trump’s Trump Tower penthouse, miscategorized assets outside Trump’s or the Trump Organization’s control as “cash,” thereby overstating the former president’s liquidity.

Her office also outlined examples about what her office termed misleading statements about the value of six Trump properties, including golf club in Scotland and Westchester, as well as the “Trump Brand.”

This month, lawyers for the Trump family had asked a judge who has overseen disputes related to the probe to quash James’ “unprecedented and unconstitutional” bid for their testimony, after the attorney general issued subpoenas to Trump and his two children.

(Reporting by Shivam Patel in Bengaluru; Editing by Christopher Cushing and Gerry Doyle) 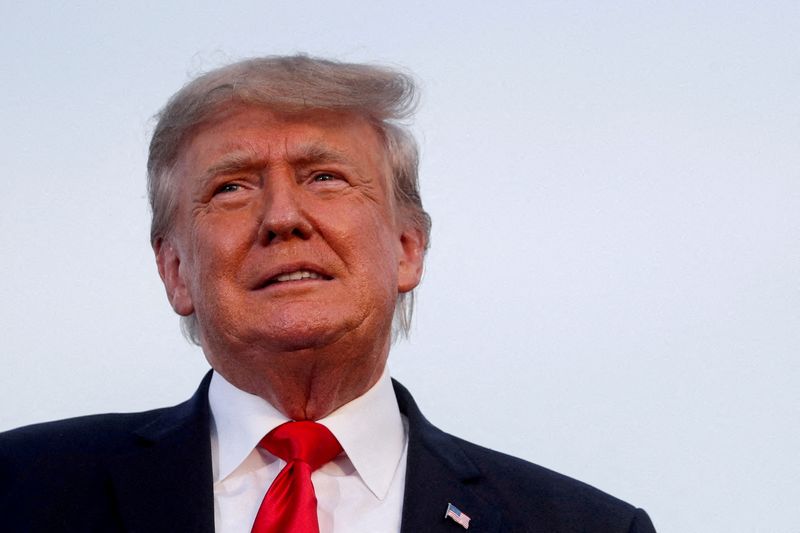