MOSCOW – The Kremlin on Wednesday lamented Russia’s inflation level of over 8% and said steps were being taken to bring it back to target, with authorities focused on maintaining economic stability amid a fall in the rouble and a stock market sell-off.

Russia’s consumer inflation stood at 8.39% in 2021 and accelerated to 8.61% as of Jan. 10, well above a 4% target and hovering near its highest levels since early 2016, denting living standards and prompting President Vladimir Putin to call for pre-emptive measures.

Kremlin spokesperson Dmitry Peskov said the level of inflation was “not acceptable to anybody”. He blamed the surge on external and internal factors and said “energetic measures” were being taken to minimise the impact of inflationary pressures.

The rouble recovered some ground on Wednesday to trade around 76.37 to the dollar, but remained way off levels of around 74.70 seen late last week, with investors jittery over Russia’s military build-up near Ukraine.

“The rouble is a currency and of course both volatility and negative factors are having an impact, but this is exactly what the daily, scrupulous and very responsible work of the government and central bank on supporting macroeconomic stability is all about,” said Peskov.

Russian assets have been under pressure since October. The central bank on Wednesday said foreign investors had sold 214 billion roubles’ ($2.81 billion) worth of OFZ treasury bonds in November-December, comparing the situation to capital outflows seen in the stressful periods of April 2018 and March 2020.

Stocks were recovering after falling for several sessions and some analysts pointed to strong macroeconomic fundamentals as reasons for optimism, if and when geopolitical headwinds blew over.

Moscow has been hoarding cash since Western countries imposed sanctions over its annexation of Crimea from Ukraine in 2014 and built up its international gold and foreign currency reserves to $630.5 billion as of Jan. 13, part of a wider effort to shield itself from external shocks.

“If an investor has no positions at the moment, now is a very good moment to start building a long-term portfolio of Russian equities with a horizon of 6-12 months or more,” said the investment management firm Aton. ($1 = 76.1239 roubles) 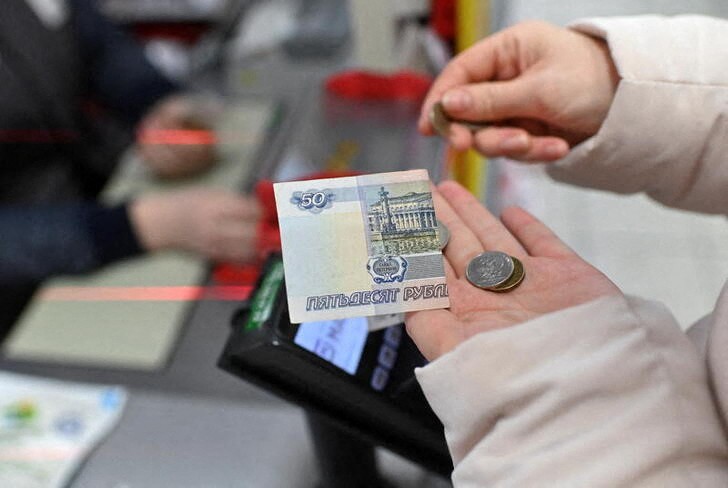