By Alexandra Alper and Trevor Hunnicutt

WASHINGTON -President Joe Biden acknowledged Americans’ frustration as his first year in office came to an end on Wednesday, but said the United States was on track to meet considerable challenges from the coronavirus pandemic and inflation.

“Our work’s not done,” he told a rare solo White House news conference about the economic and health recovery from the pandemic. The president added that he thought his administration could have done more on COVID testing.

But the United States is on track to meet considerable challenges from the pandemic and inflation, Biden said, citing job growth, low unemployment and new business growth.

Asked whether he had promised more than he could deliver on the 2020 campaign trail, Biden was adamant: “I didn’t over-promise.”

For 2022, Biden said he needed to leave the White House to talk to the American people more regularly.

“I’m gonna get out of this place more often. I don’t get a chance to look people in the eye,” he said, and “let them take a measure of who I am.”

Biden faces a slump in opinion polls as his fellow Democrats gird for Nov. 8 midterm elections in which their majorities in Congress are on the line.


Biden said one challenge he underestimated https://www.reuters.com/world/us/biden-blasts-republicans-asks-party-name-what-it-stands-2022-01-19 going into the White House was the “stalwart” opposition of Republicans to his presidency, which he characterized as worse than it was when he was vice president under Barack Obama.

Republican Senate Minority Leader Mitch McConnell “has been clear, he’d do anything to prevent Biden from being a success,” the president said, speaking about himself in the third person.

“Name me one thing they’re for,” he said of the opposing party.

Republican National Committee Chairwoman Ronna McDaniel shot back that “Biden showed how deeply out of touch he is, claiming that the struggles Americans are facing each day aren’t real.”

Asked about surveys showing he lost favor among some voters who supported him in 2020, Biden said: “I don’t believe the polls.”

But he acknowledged that Build Back Better was all but dead in its old form. Instead, the president said, he expected that he could get “big chunks” of that bill passed, if not the full package.

Biden raised concerns that Republicans could succeed in undermining the legitimacy of the elections this year.

Biden’s fellow Democrats are fighting to retain their control of Congress https://www.reuters.com/world/us/first-months-2022-crucial-biden-agenda-november-midterms-loom-2022-01-10 in the coming elections https://www.reuters.com/world/us/another-midterm-worry-biden-white-house-probes-impeachment-attempts-2022-01-17 amid a flood of Republican-backed state laws that civil rights advocates say could suppress Black and other minority votes.

“The increase in the prospect of it being illegitimate is in direct proportion to us not being able to get these reforms passed,” Biden said about federal voting rights law.


Biden has held nine total news conferences in his first year in office, including six solo, a slower pace than his most recent predecessors, according to the American Presidency Project at University of California, Santa Barbara.

Breaking News
Biden May Not Hold Any Offshore Oil And Gas Leases Until The End Of His Term, Industry Group Says 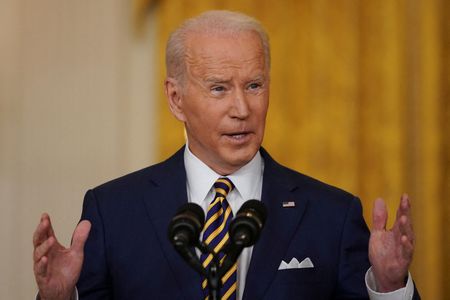 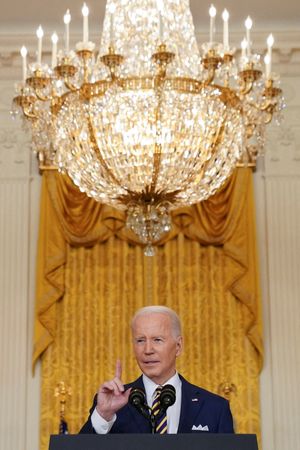 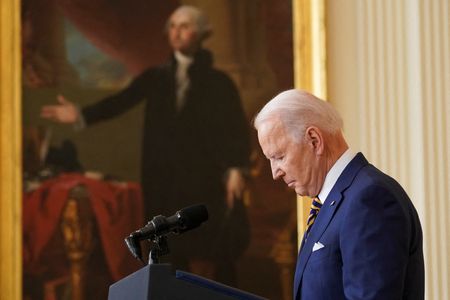 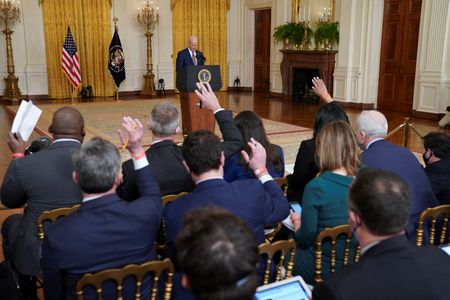 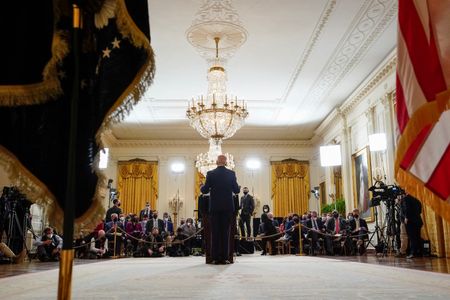