WASHINGTON -Tens of thousands of anti-abortion advocates gathered in Washington on Friday for the annual “March for Life,” their mood boosted by the possibility that the U.S. Supreme Court could soon upend https://www.reuters.com/world/us/us-supreme-court-consider-rolling-back-abortion-rights-2021-12-01 the Roe v. Wade ruling that legalized abortion nationwide.

Despite freezing temperatures, the activists — many attending with their school and church groups from around the country — assembled on the National Mall carrying signs that read “I am the post-Roe generation” and “The future is anti-abortion.”

The event marks the 49th anniversary of Roe v. Wade. Attendees were optimistic that this would be the last march to occur before the overturn of the landmark 1973 ruling that established a woman’s right to terminate a pregnancy before the fetus is viable, at around 24 weeks.

Rachel Young, 19, came from northeastern Ohio with fellow students at Franciscan University of Steubenville, a Roman Catholic school that sent several busloads of students on the five-hour trip to Washington.

Young said it was her third time attending the march but that it was a uniquely exciting occasion because of how close the Supreme Court seemed to overturning Roe.

“I just can’t even believe it,” she said. “I am so thankful that God has brought us here. And that we are so, so close.”


In December, the Supreme Court signaled its openness to overturning Roe during arguments for a case out of Mississippi. The conservative justices, like Samuel Alito and Brett Kavanaugh, indicated sympathy for Mississippi’s 15-week abortion ban, which violates Roe’s precedent.

If the conservative-leaning court rules in Mississippi’s favor, it could overhaul abortion rights protected in the United States for nearly half a century. A ruling is expected by the end of June.

The anti-abortion movement also is celebrating a Texas law that banned abortion https://www.reuters.com/world/us/us-supreme-court-allows-challenge-texas-six-week-abortion-ban-2021-12-10 after six weeks and empowered private citizens to sue anyone who assists someone getting an abortion past that gestational limit. The Supreme Court has allowed that law, which took effect in September, to stand as it’s challenged in lower courts.

Marchers walked from the center of the National Mall to the steps of the Supreme Court on Friday, some singing hymns along the way. A few people waved Trump flags and signs amid the sea of anti-abortion banners.

Several members of the white nationalist group Patriot Front attended, bearing shields and jackets with their group’s insignia and lifting a banner that said “Strong Families Make Strong Nations.” Police officers surrounded the group, keeping them cordoned off from onlookers and the rest of the anti-abortion march.

Abortion has long been a politically divisive issue in the United States, with abortion opponents concerned about preserving life from conception and abortion rights advocates standing for a woman’s bodily autonomy.

Liberate Abortion, a national coalition of more than 100 abortion rights advocacy groups, did not stage an in-person counterprotest at the March for Life because of the recent spike in COVID-19 cases, coalition campaign director Sharmin Hossain said. The coalition instead was holding a series of virtual events to mark the anniversary of Roe v. Wade this week.

“I think it’s ironic that they call themselves March for Life because they ideologically do not support people living their best lives, lives filled without shame and stigma,” Hossain said, adding that mobilizing large unmasked gatherings disregards public safety.

Miriam Rohe, 47, flew with her 16-year-old daughter Isabel from St. Louis to attend the march after her daughter’s high school group canceled their planned trip due to COVID-19.

Rohe said the thought of the court overturning Roe was “fantastic” but also “a little scary” because she assumes some women will seek out unsafe illegal abortions.

“I do worry about the lives of those who end up in back alleys,” she said, adding that she hoped to work to change those women’s minds about abortion. 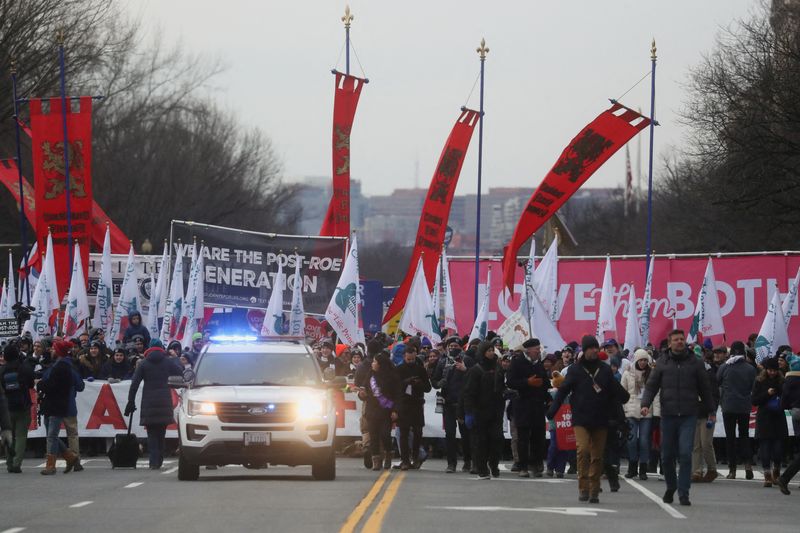 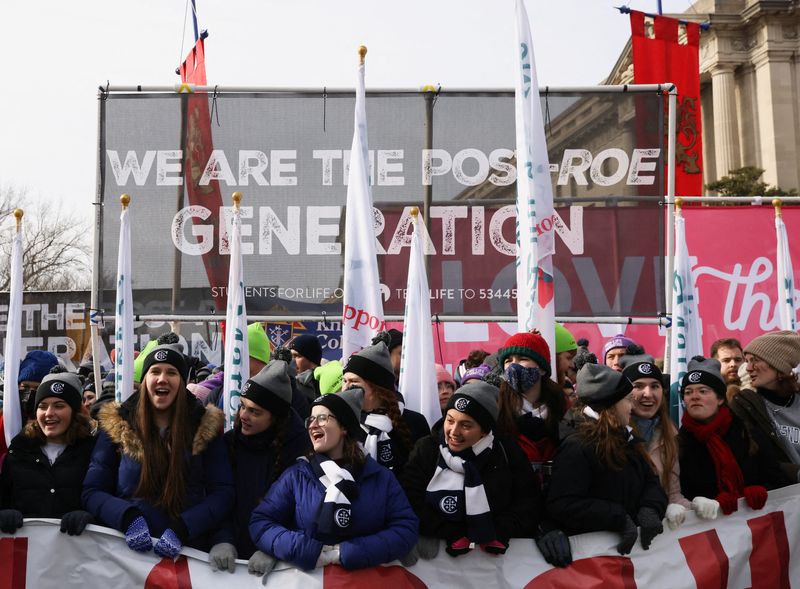 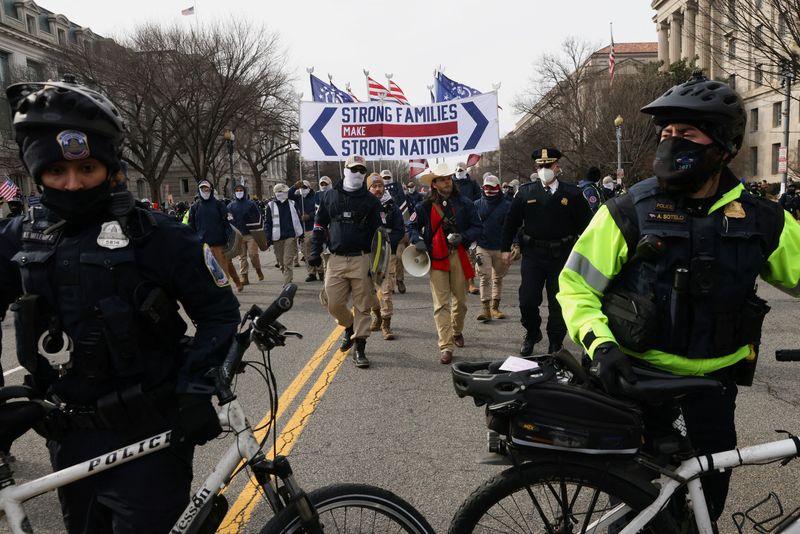 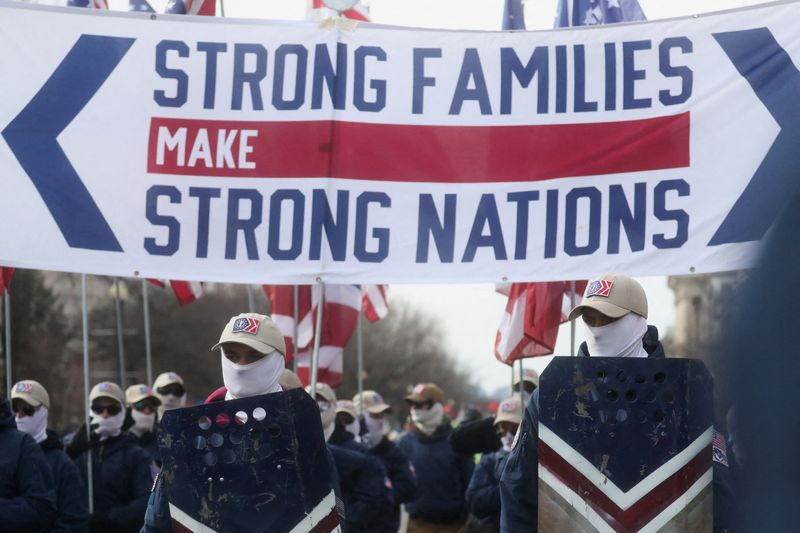