MILAN – Telecom Italia (TIM) on Friday appointed veteran manager Pietro Labriola as chief executive, in a move that could complicate a takeover approach by U.S. private equity firm KKR. Labriola, who has run TIM’s Brazilian operations for the last three years, was promoted to general manager in November, when former CEO Luigi Gubitosi was ousted following a string of profit warnings.

In leaving his role, Gubitosi had urged TIM to give KKR access to its books, a decision which is still pending as TIM is yet to take a stance on the bid.

Growing doubts over the chances of KKR’s offer, which requires backing from both TIM and Italy’s government, this week drove TIM shares down 7% to 0.4193 euros – further below the bid’s price of 0.505 euros a share.

Labriola secured unanimous approval from directors, including a representative for state investor CDP.

CDP is TIM’s second-biggest shareholder and favours a merger of TIM’s fixed-network assets with those of state-owned fibre optic rival Open Fiber.

“My goal is to … maximize the value of our assets in the interest of all our shareholders,” Labriola said in a statement.

“The challenges and opportunities ahead will require cohesion among all stakeholders.”


Labriola is already at work on a plan to overhaul TIM that would serve as a benchmark for the board to weigh against KKR’s proposal.

Under a preliminary version https://www.reuters.com/business/media-telecom/telecom-italia-gm-outline-plans-doubts-kkrs-bid-mount-2022-01-18 presented to directors this week, Labriola has proposed splitting TIM’s fixed network operations from its services businesses, sources have said.

Such a move would pave the way for the merger of TIM’s fixed network assets with those of Open Fiber, as advocated by CDP, while making a scenario in which KKR takes control of the group less likely.

KKR, which owns 37.5% of TIM’s last-mile network, could still be involved in the revamp of the group’s fixed assets, a person close to the matter said.

CDP, which owns 60% of Open Fiber, would likely emerge as a major stakeholder in any combined network venture with TIM, securing state oversight of an asset Italy deems of strategic relevance for the country.

Any government decision on how to address TIM’s situation is on hold in Rome ahead of next week’s presidential election.

TIM’s board meets again on Jan. 26 to approve the guidelines of Labriola’s new plan before a final vote on March 2.

Under pressure for years in its hyper-competitive home market, debt-laden TIM needs to upgrade its network to meet Italy’s digital goals.

Under Labriola’s plan, the “NetCo” comprising TIM’s infrastructure assets would focus on its wholesale-only business. It would include submarine cable unit Sparkle, while assuming a significant portion of the company’s debt and staff, sources have said.


Vivendi, which last month reversed its long-standing opposition to TIM’s handing over control of its prized network infrastructure, could then focus on TIM’s retail service businesses, which include video content platform TimVision, one of the sources said.

Separately on Friday, TIM’s Brazilian unit said it expected to name a new CEO in the coming days.

Breaking News
Priests Gunned Down, Tourists Kidnapped Near US Border In Mexico 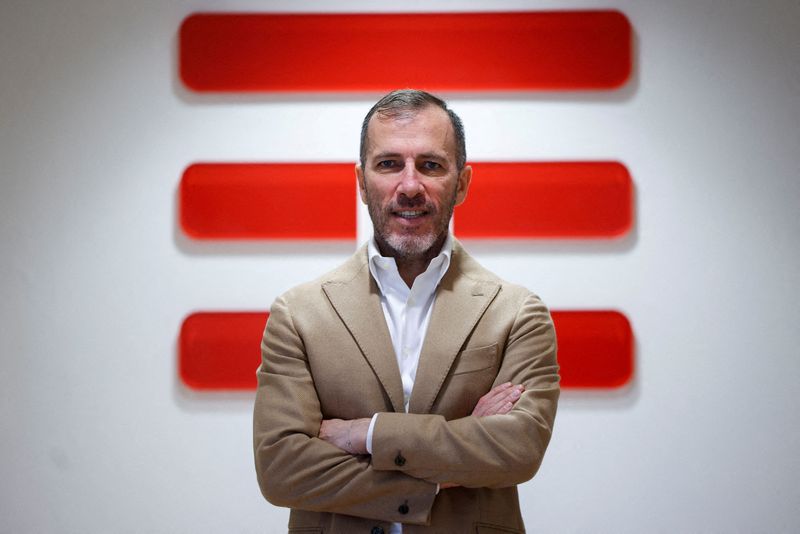