The twin listings also mark the first major debut of such vehicles in Asia since a SPAC frenzy in the United States in early 2021 prior to regulatory changes and some poor returns that dampened investor sentiment.

On Thursday, Vertex Technology Acquisition Corp, a SPAC backed by Vertex Holdings – in turn owned by state investor Temasek – became the first such structure to list on the local bourse.

The SPAC, which was heavily oversubscribed, was little changed from its S$5 per unit offer price in afternoon trade.

SPACs raise money in initial public offerings then look to merge with a private company, aiming to take the target public in a shorter time-frame than in a traditional listing and with stronger valuations.

“We will immediately focus on seeking suitable targets for the business combination,” Pegasus Asia CEO Neil Parekh said at a listing ceremony.

In September, Singapore Exchange eased proposed rules in response to market feedback, allowing SPACs or shell firms to list in the city-state.


A S$150 million SPAC sponsored by Southeast Asian industrial and technology buyout fund Novo Tellus Capital Partners, which got investment from a Temasek unit, among others, lists next week.

Hong Kong is also allowing SPAC listings from this year but bars participation by retail investors.

Southeast Asia is seeing a boom in start-up funding as investors bet on post-pandemic technology plays.

“There are many private companies who desire to be with a partner who can not only bring capital but also bring them visibility and help them grow as businesses,” Parekh, told Reuters on Thursday.

“We felt very confident not having to look around for cornerstones because we see ourselves as cornerstone investors,” said Parekh, a veteran banker.

“We have significant skin in the game,” he added, referring to S$30 million invested by the sponsors and an unconditional commitment by Tikehau and Financiere Agache to invest an additional S$40 million in total when the SPAC merges with a target.

SGX is offering a regulatory framework similar to that in the United States, including allowing the participation of retail investors but also requires sponsors to invest in SPACs.


Citigroup and UBS are joint issue managers and global coordinators on the Pegasus SPAC. 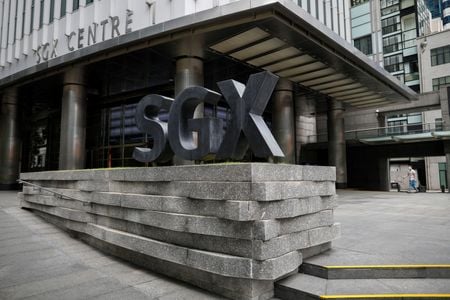