– Pilgrim’s Pride Corp said on Friday it would raise starting wages for workers at its Mayfield, Kentucky, production facility by $2 to $16.50 per hour after the area was devastated by a chain of deadly tornadoes last month.

The tornadoes killed at least 64 people in Kentucky, destroyed one Pilgrim’s Pride chicken hatchery and significantly damaged another which supplied to farmers near Mayfield, a town of 10,000 that suffered some of the worst damage.

The company negotiated the permanent pay increase with the UFCW Local 227 workers union for the Mayfield facility, which employs more than 1,500 people.

The total wage increase amounts to $4.5 million on an annualized basis, it said.

The raise also comes at a time when the U.S. meatpacking sector faces large-scale staffing shortages due to the spread of the Omicron coronavirus variant among workers. 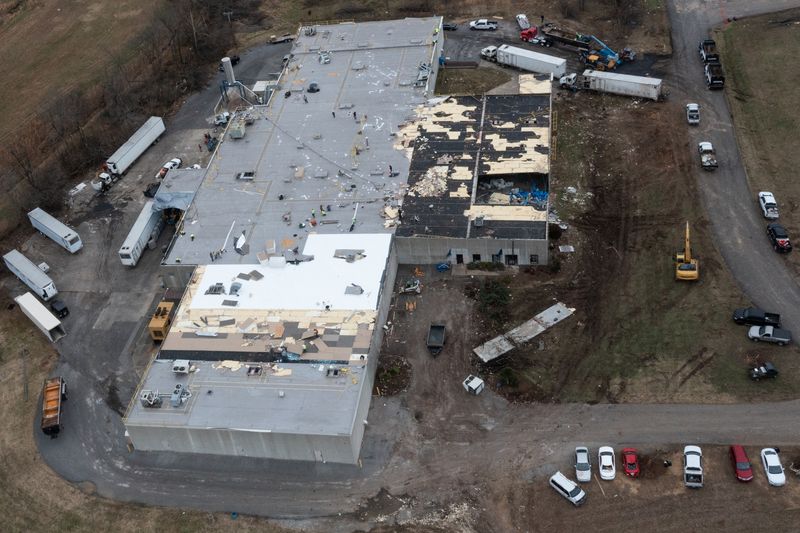