The EU taxonomy aims to set a gold standard for green investments, helping climate-friendly projects to pull in private capital and stamping out “greenwashing”, where investors and companies overstate their eco-credentials.

“As the federal government, we have once again clearly expressed our rejection of the inclusion of nuclear energy. It is risky and expensive,” Vice Chancellor and Economy Minister Robert Habeck said in a joint statement with Environment Minister Steffi Lemke, both senior members of the Greens party.

In its letter to Brussels, published by the Economy Ministry on its web page, the German government also pointed to the lack of any safety requirements regarding nuclear power plants.

“Serious accidents with large, cross-border and long-term hazards to humans and the environment cannot be excluded,” Berlin said in its letter, adding that the question of where to store radioactive waste in the long term was still unanswered.

Habeck and Lemke said that, if the European Commission disregarded Germany’s objections and left the draft plan unchanged, Berlin should reject the plan in their opinion.

However, German government sources told Reuters earlier this month that coalition parties wanted to avoid an escalation in the EU dispute and agreed in coalition talks behind closed doors to abstain in any upcoming vote.


The EU rules have been long delayed, with countries split over whether nuclear energy and natural gas deserve a green badge. Austria has already said it would take legal action if the European Commission proceeds with its draft plan to label both as sustainable investments.

The German government said in its letter it supported a temporary green label for natural gas as a bridge solution on the bloc’s path to climate neutrality.

“Gas-fired power plants can facilitate the rapid transition to renewable energies and the reduction of emissions in the energy sector as a whole,” it said.

Breaking News
As The Texas Shooter Killed Children, Police Cuffed And Pepper-Sprayed Parents Trying To Get In The Building

During months of debate on the proposals, Germany and other EU member states argued that gas investments were needed to help them quit more-polluting coal. Others said labelling a fossil fuel as green would undermine the credibility of the EU as it seeks to be a global leader in tackling climate change.

Emissions-free nuclear energy is similarly divisive. France, the Czech Republic and Poland are among those saying that nuclear power should have a big role in curbing global warming. Austria, Germany and Luxembourg are among those opposed.

The Commission hopes to adopt a final text by the end of the month. 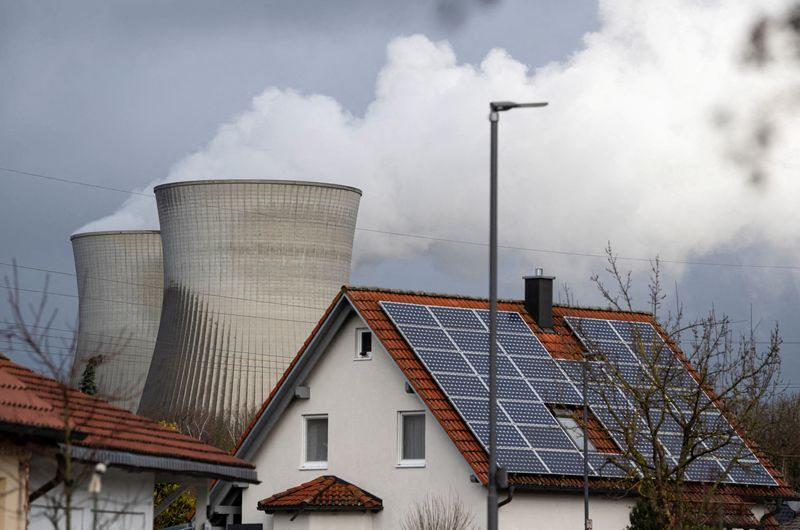