NEW YORK – Worries over a more hawkish Federal Reserve are roiling asset markets around the globe, and this week’s monetary policy meeting may offer insight into how aggressive the central bank intends to be.

Investors expect the Fed to signal on Wednesday that it plans to raise rates in March, tightening monetary policy for the first time since it slashed borrowing costs to near-zero soon after the onset of the coronavirus pandemic nearly two years ago. Fed funds futures, which track short term rate expectations, have priced in a total of four rate increases this year, as the central bank fights to stem soaring inflation.

The Fed is also expected to give a final set of instructions on bringing its asset-purchase program to an end. That process began last November and at the current pace will come to a close in mid-March, around the time the first rate hike may occur.

What the Fed does after that point with its nearly $9 trillion balance sheet is a key concern, and Fed Chair Jerome Powell may shed more light on that outlook at his press conference on Wednesday after the two-day meeting’s conclusion.

Breaking News
Explainer-How could abortion be prosecuted in the U.S.?

Concerns that the Fed’s ultra-easy monetary policies are coming to an end have slammed markets this month, wreaking havoc in the biggest technology and growth names as well so-called “meme” stocks that entered the spotlight almost exactly a year ago.

The Nasdaq composite is down 14% year-to-date and just notched its worst weekly loss since March 2020, while yields on the benchmark 10-year Treasury note have climbed 30 basis points since late November amid a selloff in government bonds. Cryptocurrencies are among the more speculative assets that have taken a beating, with bitcoin losing 25% of its market capitalization this month.

How long the turbulence continues depends in part on investors’ view of how quickly the Fed will need to raise interest rates to battle inflation, which rose at its fastest pace in nearly four decades in December.


“The Fed is definitely sensitive to the equity market, but I don’t think it changes anything for the meeting,” said Peter Cramer, head of insurance portfolio management at SLC Management in Seattle.

“If the sell-off leaks to the broader economy and starts to impact the energy, banking, consumer cyclical type names, then I think the Fed would question their path a little bit,” he added.

If history is any indication, the central bank will likely try to avoid rattling markets further and raise rates in 25 basis-point increments. The Fed has not raised interest rates by more than 25 basis points in one policy move since May 2000, when it hiked by 50 basis points to 6.5%.

“The Fed has conditioned the market to expect a gradualist approach to tightening, and may fear that moving faster than every three months might surprise the market in disruptive ways,” said Lou Crandall, chief economist at Wrightson ICAP.

That hasn’t stopped some from calling for a 50-basis point move, however, arguing it would help the Fed more quickly stem inflation.

The Fed “should do 50 basis points because they made a policy error,” said David Petrosinelli, managing director and senior trader at broker-dealer InspereX in New York. “It will send a very powerful message that the Fed is serious about inflation.”

U.S. Pershing Square Capital Management founder and chief executive officer Bill Ackman, in a series of comments on Twitter, two weeks ago called for a 50-basis point increase at the March meeting to “restore credibility.”

Petrosinelli believes that is unlikely to happen because it will shock the market, a sentiment expressed as well two weeks ago by Fed Governor Christopher Waller, one of the more hawkish members of the Federal Open Market Committee.

Breaking News
Storms kill at least 8 in Canada, leave half a million without power


Goldman Sachs, meanwhile, wrote there is a risk the Fed could “take some tightening action at every meeting” after March as long as the supply chain snarls that are helping boost inflation persist.

Aside from rate hikes, the Fed has other tools at its disposal, including “quantitative tightening,” or reducing its balance sheet. The Fed has indicated it may begin doing so some time this year.

A balance sheet run-off of between $350 billion to $550 billion is roughly equivalent to a 25-basis point hike, he noted.

Given that U.S. inflation comes from an imbalance on the supply side, Cramer said faster “rate hikes can really choke off demand and I don’t know if that’s what the Fed wants to do here.” 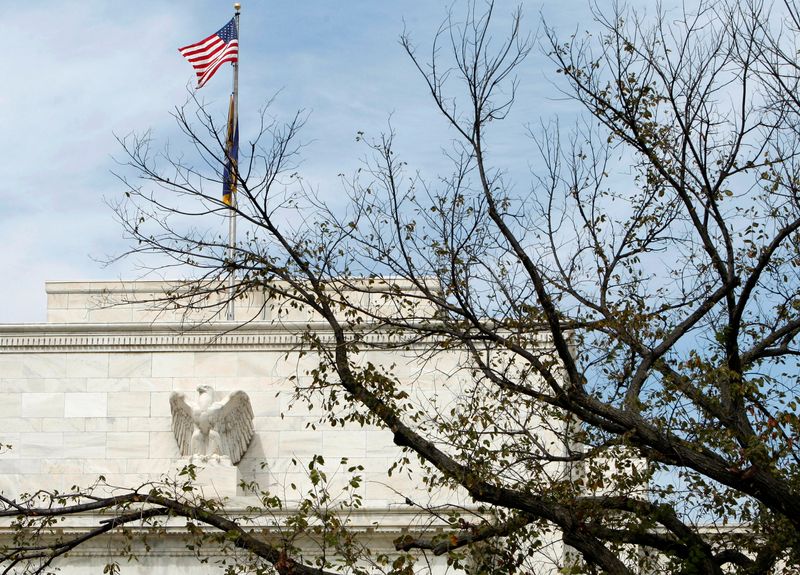