TORONTO/MONTREAL -After a year as an emergency department nurse at a busy Toronto hospital in the middle of the coronavirus pandemic, Aimee Earhart called it quits last week. She is moving to Florida for a short contract before getting work as a travel nurse for what she hopes will be double the salary.

“We’re just burnt out all the time,” Earhart said. She says she will miss her colleagues, and might have stayed if working conditions were better.

The COVID-19 pandemic and its highly contagious Omicron variant have made a challenging staffing situation in Canada’s hospitals worse.

Interviews with a dozen health care workers, including eight current and former nurses, reveal a health system strained by a pandemic wave that hit at the worst possible time – sickness sidelining staff as more COVID-19 patients than ever need hospitalization, forcing health workers exhausted by two unrelenting years to take on more work.

Hospitals have been asking staff to forego holidays or take on overtime shifts.

Canadians take pride in their public health system. But by failing to adequately invest in it, critics say, governments left it vulnerable to the ravages of a years-long public health emergency. If health workers leave and are not replaced – thanks to training and certification backlogs, capped wages or the perception of a punishing profession – that could hurt health system capacity.


The problem is global: A report from the International Council of Nurses published Monday https://www.reuters.com/business/healthcare-pharmaceuticals/rich-countries-access-foreign-nurses-during-omicron-raises-ethical-concerns-2022-01-23/?taid=61ee0dfd49091a000159aee7&utm_campaign=trueAnthem:+Trending+Content&utm_medium=trueAnthem&utm_source=twitter said sickness, burnout and staff departures are taking a toll on the world’s nursing workforce unseen so far during the pandemic.

Breaking News
The meeting, then the mob. A 'turning point' in Sri Lankan crisis

Ontario’s government, which has come under fire for capping the salaries of some public employees, including nurses, before the pandemic, said in a statement it added 6,700 health care workers and staff since the pandemic began and planned to add another 6,000 by March. It did not clarify whether this was a net increase.

‘I JUST DIDN’T HAVE ANY MORE TO GIVE’

Lindsay Peltsch knew she had to quit when she stopped wanting to bathe her patients.

“I still did that but I didn’t get the same sense of satisfaction anymore,” she said. “It seems small but it’s a big deal because people’s dignity is a big part of what we do.”

Peltsch worked for 12 years as a pediatric nurse, 10 of them at SickKids hospital in Toronto. She fell in love with nursing but the strain became too much, she said.


Fully staffed shifts became a rarity. One of her last ER shifts was 10 nurses short. She also feels there is a lack of respect for the profession.

“I just got to a point where I just didn’t have any more to give.”

A SickKids spokesperson said that the hospital “has experienced challenges related to staffing” but emergency department shifts, which can range from 10 to 22 scheduled nurses depending on the time of day, can bring in nurses from other hospital areas if need be.

Praveen Nakesvaran and his respiratory therapist colleagues at Humber River Hospital have taken on roles normally filled by nurses when they prone COVID-19 patients – rolling them, tubes and all, gingerly onto their stomachs in hopes that will boost lung function.

“Usually we’re just at the head of the bed: We make sure the tube is secure,” Nakesvaran said. “Now we’re kind of doing the nursing jobs, as well.”

Suzi Laj an intensive care unit manager at the hospital says she knows morale has been an issue and has sought to address it through everything from daily huddles to bringing in chaplaincy staff. They are “trying to keep them hopeful and, you know, supporting them … but their resilience is really wearing,” she said.


Some provinces have made provisions for health care workers to return to work soon after testing positive for COVID-19; Ontario is letting internationally trained nurses, who often face hurdles and long waits before being able to practice in Canada, get on-the-job experience in hospitals.

Manitoba, meanwhile, said it will send hundreds of patients to get procedures in North Dakota because its hospitals lack capacity.

‘WE ARE NOT ASKING FOR AN EASIER JOB’

When one Montreal ER nurse came down with a bad case of laryngitis during a shift, she felt torn between staying at work to help her colleagues and going home to rest and wait for COVID-19 test results, she told Reuters.

The young nurse, who spoke on condition of anonymity for fear of work reprisals, said she was encouraged to complete her shift since her co-workers badly needed the help.

“It was really more guilt than anything,” she said.

“You feel like you’re leaving those who are working in a really tough spot.”


Doris Grinspun, CEO of the Registered Nurses’ Association of Ontario, gets calls from nurses across the province wondering how they will cope. “All the hospital are scrambling.”

It translates, she said, to “unsafe care.”

When Peltsch talks to her former co-workers, “they’re like, ‘Don’t come back.’ … A resilient group of people is starting to crumble,” she said.

“We are not asking for an easier job. We are asking to be able to do the hard job we signed up for safely.” 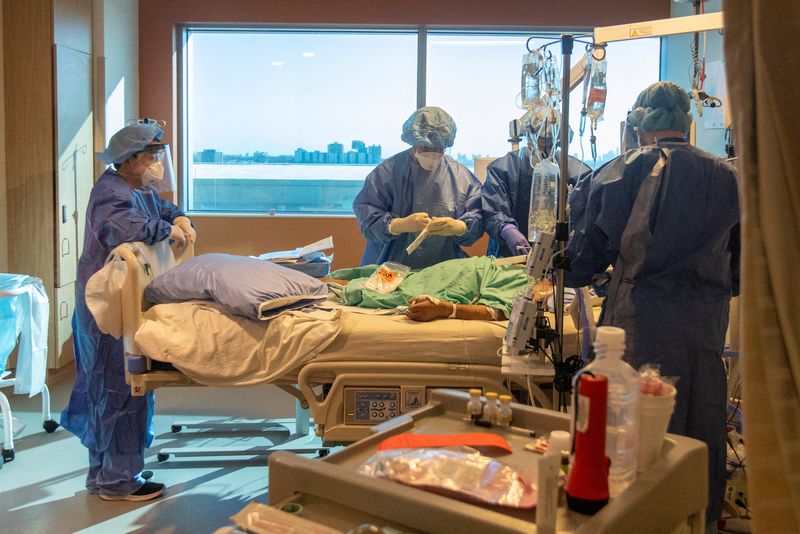 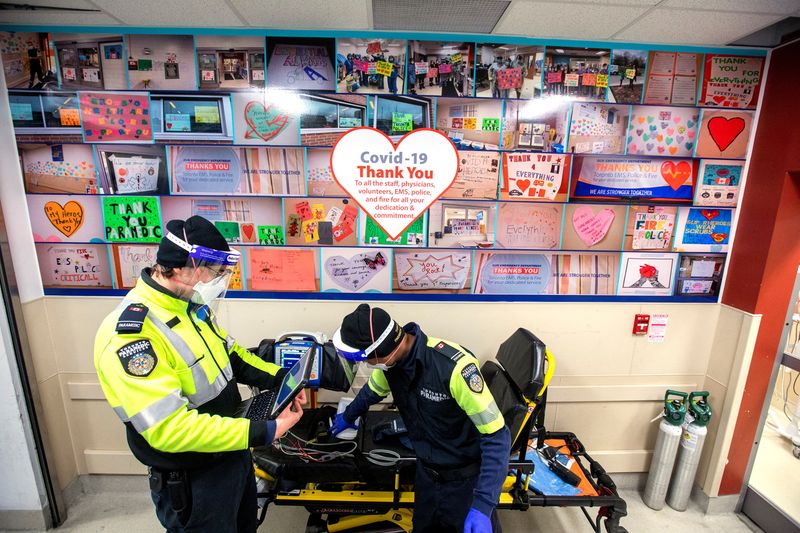 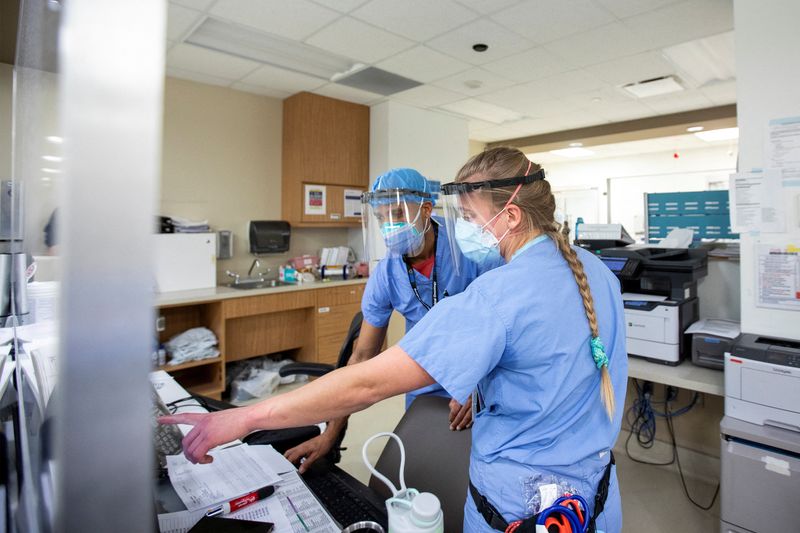 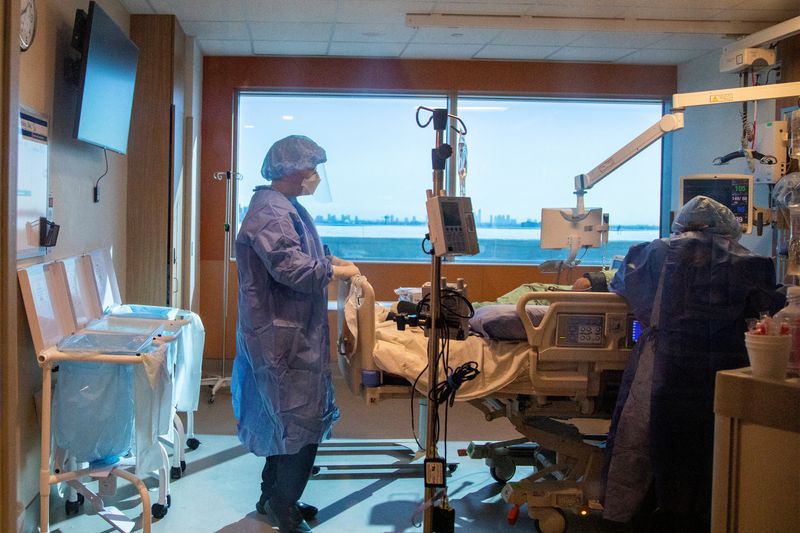 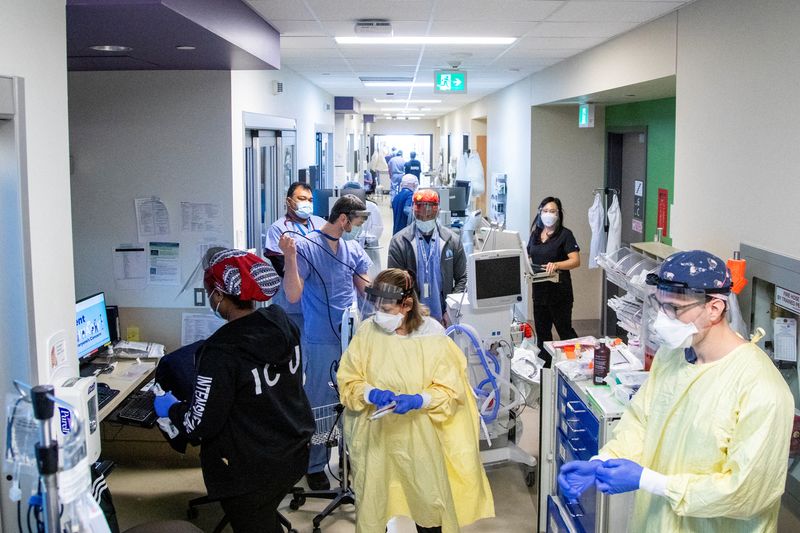