VATICAN CITY – Former Pope Benedict XVI acknowledged on Monday he had been at a 1980 meeting over a sexual abuse case when archbishop of Munich, saying he mistakenly told German investigators he was not there.

A report released last week on abuse in the archdiocese from 1945 to 2019 said then Cardinal Joseph Ratzinger https://www.reuters.com/world/europe/ex-pope-benedict-criticised-munich-church-abuse-report-2022-01-20 failed to take action against clerics in four cases of alleged abuse when he was its archbishop between 1977-1982.

At Thursday’s news conference in Munich, lawyers who investigated the abuse contested an assertion by Benedict in an 82-page statement that he did not recall attending a meeting in 1980 to discuss the case of an abuser priest.

They said this contradicted documents in their possession.

In a statement on Monday, the former pope’s personal secretary, Archbishop Georg Ganswein, said Benedict did attend the meeting but the omission “was the result of an oversight in the editing of the statement” and “not done out of bad faith.”

Ganswein said no decision was made at the 1980 meeting about a new assignment for the priest but only a request to provide him with accommodation during therapeutic treatment.

“He (the former pope) is very sorry for this mistake and asks to be excused,” Ganswein said.


He said Benedict planned to explain how the error happened after he finishes examining the nearly 2,000-page report, sent electronically last Thursday.

Benedict, 94, infirm and living in the Vatican, resigned the papacy in 2013.

“He is carefully reading the statements set down there, which fill him with shame and pain about the suffering inflicted on the victims,” Ganswein said. A complete review “will take some time due to his age and health,” he added.

Presenting the report last Thursday, lawyer Martin Pusch said Ratzinger had done nothing against the abuse in four cases and there appeared to be no interest shown to injured parties.

“In a total of four cases, we have come to the conclusion that the then Archbishop Cardinal Ratzinger can be accused of misconduct in cases of sexual abuse,” said Pusch.

“He still claims ignorance even if, in our opinion, that is difficult to reconcile with the documentation.”

Conservatives have defended the former pope but victims groups and experts said the findings of the German report had tarnished the legacy https://www.reuters.com/world/europe/conservatives-defend-ex-pope-after-report-experts-see-legacy-dented-2022-01-21 of one of Catholicism’s most renowned theologians. 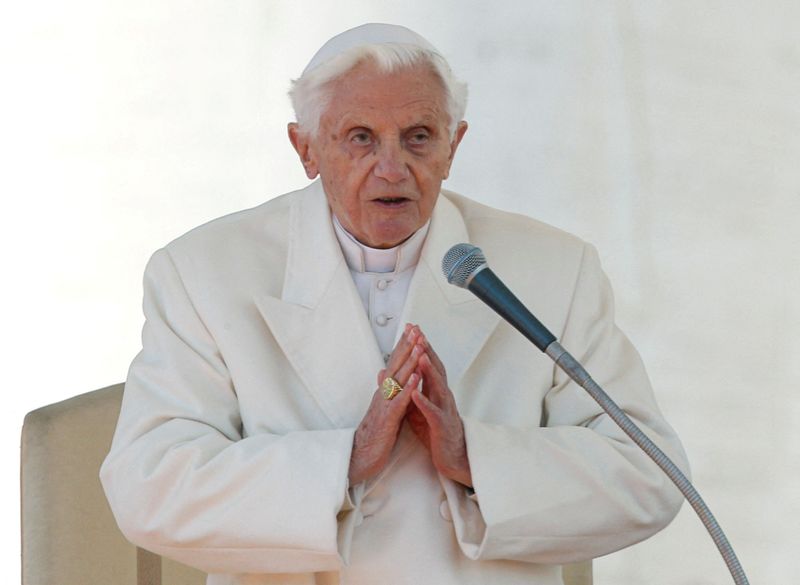