By Kanishka Singh and Alexandra Ulmer

-The Georgia prosecutor investigating then-U.S. President Donald Trump’s efforts to overturn the 2020 election results in the state will be allowed to seat a special grand jury to subpoena witnesses to testify against him.

Fulton County District Attorney Fani Willis last week sought to have a special grand jury aid her investigation into the Republican leader’s efforts to pressure officials in a state where he lost to Joe Biden.

The Fulton County Superior Court approved the request on Monday, according to a court filing. The grand jury will commence on May 2 and convene for up to a year.

A Trump spokesman did not immediately respond to a request for comment.

A Democrat, Willis launched the investigation after Trump was recorded in a Jan. 2, 2021, phone call pressuring Georgia Secretary of State Brad Raffensperger, a fellow Republican, to “find” enough votes to overturn his loss. Raffensperger declined.

The transcript quotes Trump telling Raffensperger: “I just want to find 11,780 votes,” which is the number Trump needed to win Georgia. Trump has for months before and after the November 2020 election made false claims of voter fraud.

Breaking News
EXCLUSIVE: US-Based Activist Claims A Chinese Agent ‘Weaponized’ The Justice System To Get Him Arrested On Terrorism Charges

In a statement last week, Trump defended what he called his “perfect” phone call.

In a recent court filing, Willis specifically mentioned that Raffensperger, whom she described as an “essential witness,” had indicated he would only take part in an interview once presented with a subpoena.

(Reporting by Kanishka Singh in Bengaluru; Additional reporting by Alexandra Ulmer in San Francisco and Jan Wolfe in Washington; Editing by Mark Porter and Howard Goller) 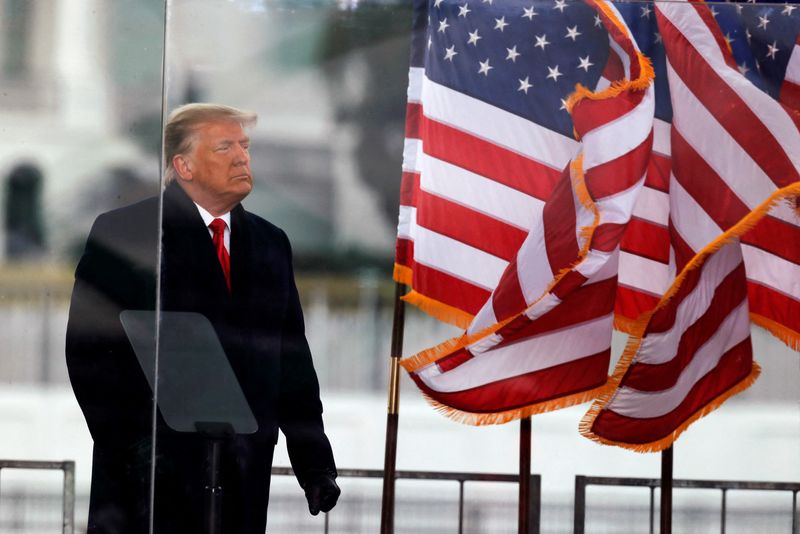