FRANKFURT – Germany’s economy likely shrank in the fourth quarter as manufacturing remained constrained by supply bottlenecks and consumption dropped on renewed coronavirus fears, the Bundesbank said in a monthly report on Monday.

Growth in Europe’s biggest economy stalled in the autumn as supply shortages and shipping bottlenecks held back its vast industrial sector, even as consumption held up relatively well.

But household consumption also took a hit late in the year over fears about the Omicron variant, which forced businesses to bring back restrictions on activity.

“The adjustments in behaviour and the triggered containment measures in some cases had a significant impact on economic activity in the service sector, especially in December,” the Bundesbank said.

“Germany’s real gross domestic product is likely to have fallen slightly in the final quarter of 2021.”

The outlook for the new year appears to be brighter, however, after strong factory output growth, helped by easing supply bottlenecks, pushed activity in manufacturing to a five-month high in January, separate data showed on Monday.

Inflation prospects, however, may take longer to improve, the Bundesbank said, warning that price growth could remain “exceptionally high” in early 2022 due to soaring energy costs and delivery bottlenecks.

German inflation hit 5.7% in December and the Bundesbank sees it above the European Central Bank’s 2% target at least through 2024. 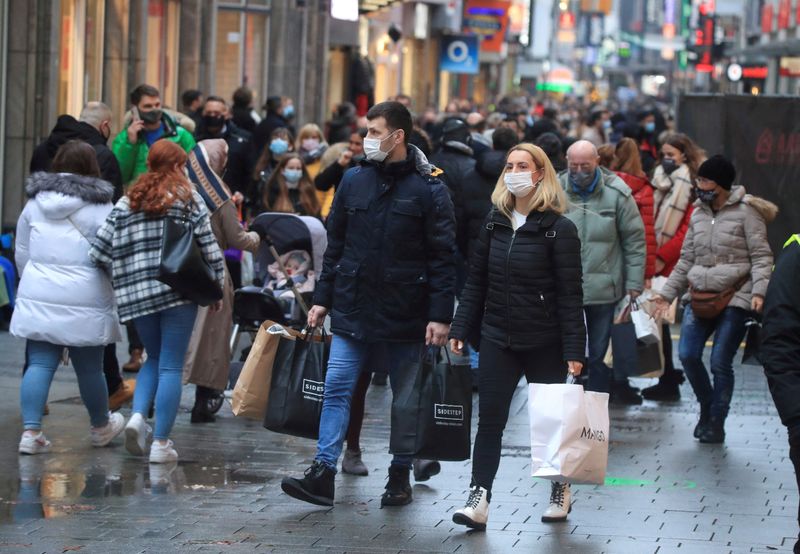