NEW YORK -Sarah Palin, the 2008 Republican U.S. vice presidential candidate and former Alaska governor, has tested positive for the coronavirus, forcing a U.S. judge on Monday to delay her defamation trial against The New York Times.

“She is of course unvaccinated,” U.S. District Judge Jed Rakoff in Manhattan said at a hearing. “Since she has apparently tested positive three times, I’m going to assume that she’s positive.”

Lawyers for Palin did not immediately respond to requests for comment, but said she wanted to attend the trial.

“It will be over my dead body that I’ll have to get a shot,” the mother of five told a conservative conference last month, drawing applause. “I won’t do it, and they better not touch my kids either.” She called the top U.S. infectious disease expert Anthony Fauci “the biggest shyster out there.”

Palin is seeking unspecified damages from the Times and its former editorial page editor James Bennet.

She accused them of damaging her reputation in a June 14, 2017, editorial linking her to a 2011 mass shooting in Arizona that killed six people and wounded U.S. Representative Gabby Giffords.

The editorial, headlined “America’s Lethal Politics,” was published after a shooting at a baseball practice in Alexandria, Virginia where U.S. Representative Steve Scalise, a top Republican from Louisiana, was wounded.

It said “the link to political incitement was clear” between the 2011 shooting and a map circulated by Palin’s political action committee putting 20 Democrats including Giffords under “stylized cross hairs.”

The Times quickly corrected the editorial, saying it wrongly stated that political rhetoric and the 2011 shooting were linked, but Palin said the disputed material fit Bennet’s “preconceived narrative” against supporters of gun rights.

Palin has signaled that if she lost, she would challenge a 1964 U.S. Supreme Court precedent that made it difficult for public figures to win libel lawsuits, by requiring that they show defendants acted with “actual malice.”

Rakoff said Palin will be allowed in the courthouse on Feb. 3 “provided that she is asymptomatic,” and if she still had symptoms would need to be assessed first by an in-house doctor.

He also said no juror has contracted COVID-19 during the more than 100 trials held in the Manhattan courthouse since the pandemic began.

“I think that chances are reasonably good that we will start on Feb. 3,” Rakoff said. “Ms. Palin’s health comes first, and the health of the rest of the courthouse is equally important.”

A trial is expected to last five days. 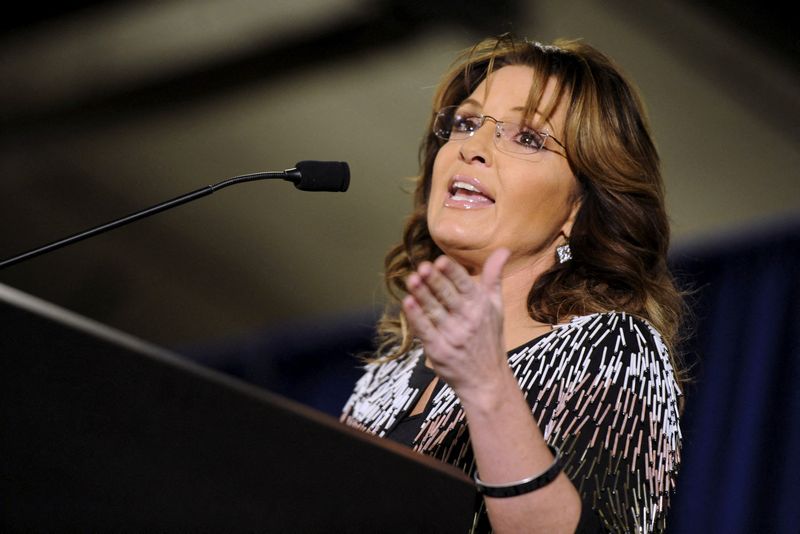