By Lawrence Hurley and Andrew Chung

WASHINGTON – The U.S. Supreme Court’s decision to hear a case that could doom university policies considering race as a factor in student admissions is the latest sign of the conservative majority’s eagerness to put its stamp on America’s most divisive issues.

The court already was due to issue rulings by the end of June in cases giving the justices a chance to curtail abortion rights and widen gun rights – major goals of U.S. conservatives. The case targeting the student admissions practices of Harvard University and the University of North Carolina, taken up https://www.reuters.com/legal/government/us-supreme-court-hear-challenge-race-conscious-college-admissions-2022-01-24 by the court on Monday, gives the conservative justices a chance to cripple affirmative action policies long despised by the American right, with a ruling expected next year.

“This particular six-justice majority seems willing to push ahead in an aggressively conservative direction on multiple fronts, without feeling the need to be moderated by concepts of judicial restraint, stare decisis or incrementalism,” said Elizabeth Wydra, president of the liberal Washington-based Constitutional Accountability Center advocacy group.

Stare decisis is the legal doctrine of respecting precedents.

Based on oral arguments held last year, the court’s conservatives seem poised, in a case from Mississippi, to undermine or even overturn the landmark 1973 Roe v. Wade ruling that legalized abortion nationwide and, in a case from New York, expand the right to carry firearms in public.

The court appears “more willing to reconsider precedent and consider broad questions when the opportunity arises,” said Jonathan Adler, a professor at Case Western Reserve School of Law in Ohio.


Before conservative Justice Antonin Scalia’s 2016 death and the subsequent addition of Trump’s appointees – Neil Gorsuch, Brett Kavanaugh and Barrett – the court had been more cautious in deciding on what types of cases to hear.

It had a 5-4 conservative majority, but one of the conservatives, Justice Anthony Kennedy, sometimes sided with the liberals on contentious “culture war” issues including abortion, affirmative action and LGBT rights. That led to the court occasionally avoiding contentious cases or taking up disputes with lower stakes. It appears no longer to have such qualms.

Four justices are needed in order for the court to take up a case. And it has at least that many who are undeterred by being perceived as political actors, said University of Denver political science professor Joshua Wilson, who specializes in conservative law and politics.

“Given the political appearance of the docket that they’re putting together, it’s all the more remarkable given that they have to know how much the public is paying attention,” Wilson said.

The role of Roberts, who has sought to defend the court as an institution and has avoided quick and dramatic moves, has been diminished, with the conservative bloc able to prevail in rulings even if he sides with the liberal justices. Roberts served as the court’s swing vote after Kennedy retired in 2018 and before Barrett replaced the late liberal Justice Ruth Bader Ginsburg two years later.

“When Roberts was the median (justice), even the four justices to his right were worried about where he would end up,” said John McGinnis, a professor at Northwestern University School of Law in Illinois.

The justices now seem keen to dive in – sometimes even before lower courts have fully considered cases – as they did in multiple challenges to Trump administration policies blocked by lower courts.

The conservative justices also have exhibited skepticism toward the power of federal agencies, which could hem in President Joe Biden and future administrations. The court, for example, this month blocked the Biden administration’s COVID-19 vaccination-or-testing mandate for companies with at least 100 employees.


In what might be described as part of what some conservative activists label a “war on the administrative state” – curbing federal agency authority – the justices have taken up two cases challenging the scope of landmark environmental laws aimed at reducing air and water pollution. They did so despite Biden’s administration asking them to hold off while agencies write new regulations.

Ian Fein, a lawyer with the Natural Resources Defense Council environmental group, said the court was “incredibly aggressive” in taking up the two cases.

The court has also made bold moves on religious rights.

Before Kennedy retired, it was generally supportive of religious challenges. That stance has deepened since then, including rulings backing religious groups https://www.reuters.com/legal/government/us-supreme-courts-shadow-docket-favored-religion-trump-2021-07-28 challenging COVID-19 restrictions. The court last week heard a case from Maine https://www.reuters.com/legal/government/us-supreme-court-again-tackles-public-funding-religious-schools-2021-12-08 that gives it an opportunity to further expand public funding of religious entities.

(Reporting by Lawrence Hurley and Andrew Chung; Editing by Will Dunham and Scott Malone) 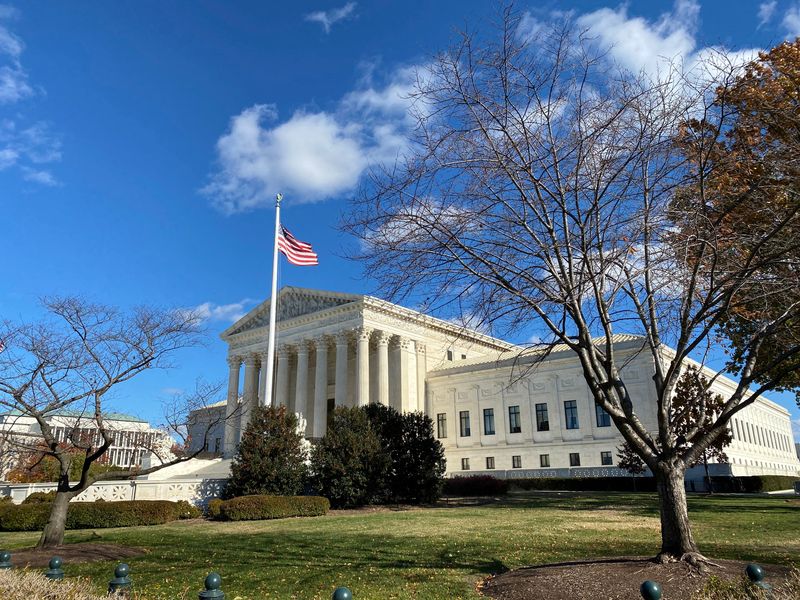 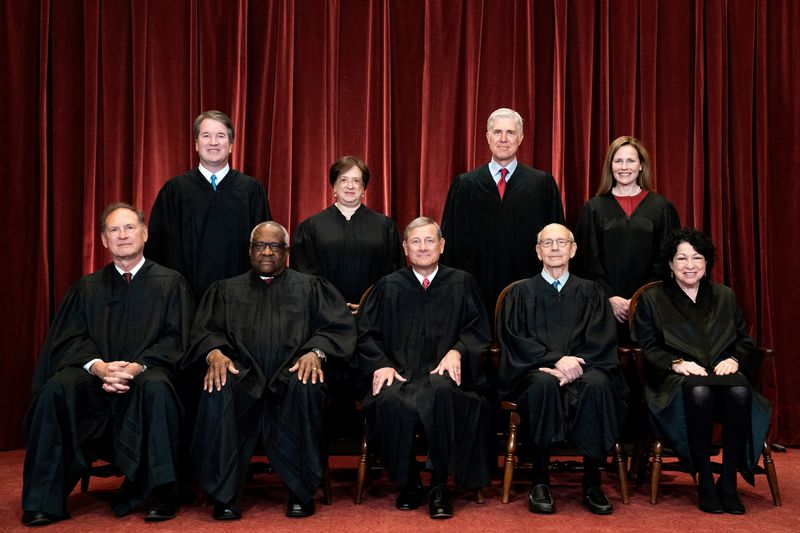 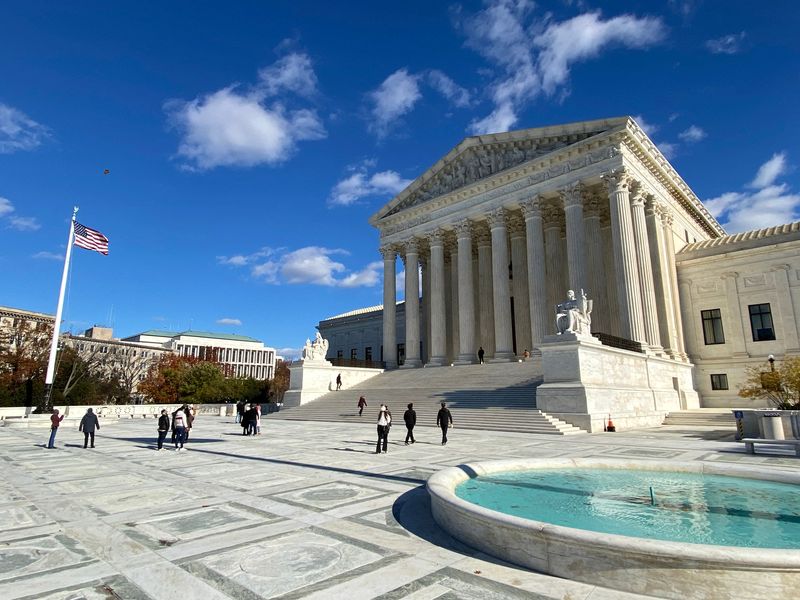 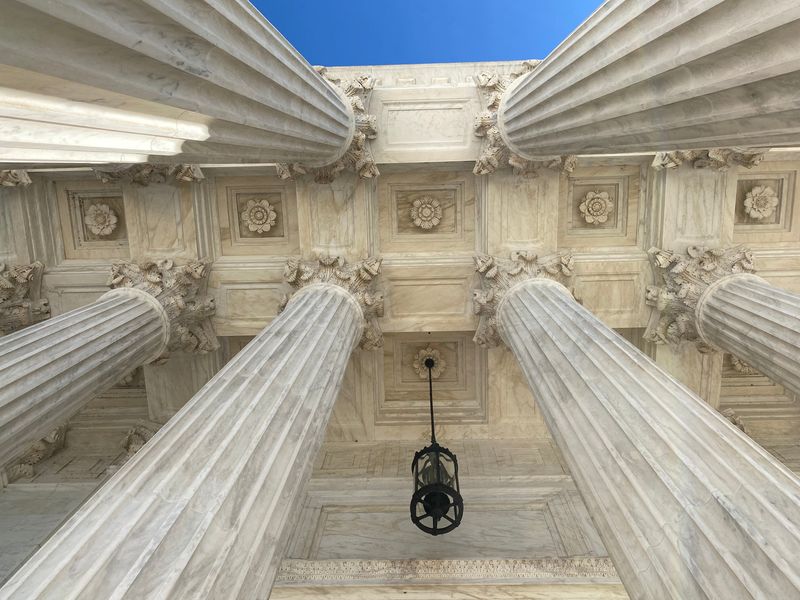