By Leika Kihara and Tetsushi Kajimoto

TOKYO -As Japan kicked off annual wage talks on Tuesday, policymakers sought to downplay the chance rising raw material prices could be stoking “bad inflation”, where wages fail to gain enough to make up for the rising cost of living for households.

“It’s desirable to create an environment in which companies can pass on rising costs and raise wages, so that increasing consumption spurs economic growth and inflation,” Kishida told parliament on Tuesday.

Bank of Japan Governor Haruhiko Kuroda also stressed the need for wage hikes to accompany any pick-up in inflation.

“We remain vigilant to the risk prices may shoot up before wages begin to rise, or how (rising raw material costs) could hurt smaller firms. We must keep an eye out on these risks, while maintaining our current easy monetary policy,” he said in the same parliament session.

The policymakers made the remarks as the major business lobby and unionists kicked off annual spring wages talks, due to be wrapped up in March.

Some local media and opposition lawmakers have warned Japan may be experiencing “bad” inflation – driven by higher input costs and a weak yen – instead of “good” inflation backed by strong demand and wage growth.

The premier said it was hard to draw a line on what constituted “good” or “bad” inflation, and declined to say when Japan could achieve the type of inflation considered desirable.

BOJ’s Kuroda said he did not think Japan was experiencing an “abnormally” weak yen, countering the view the currency’s decline was mainly to blame for the rising cost of living.

Wage growth holds the key to whether the central bank can sustainably push up inflation to its 2% target, and for Kishida to meet his pledge to stoke a virtuous cycle of growth and wealth distribution.

But there is uncertainty about whether companies will heed Kishida’s requests to raise wages.

Japan’s biggest business lobby Keidanren has resisted Kishida’s calls for uniform wage hikes of 3% or more from companies that have been profitable.

In Tuesday’s meeting kicking off talks with labour unions, Keidanren chairman Masakazu Tokura said companies must set wages reflecting their own situation as the fallout from COVID-19 makes profits uneven among sectors.

“Given the so-called ‘K-shaped recovery’ amid the prolonged pandemic in which gaps of corporate performance grow wider, it has become more important than last year for each company to respond in accordance with their own situation,” Tokura said.

Japan has not been immune to the impact of global commodity inflation with wholesale prices rising at a record pace, prodding more firms to raise prices and already shifting public perception that decades of weak inflation will persist.

Core consumer inflation stood at 0.5% in December, well below the BOJ’s 2% target, as cuts to cellphone fees offset some of the boost from rising electricity bills and food prices. 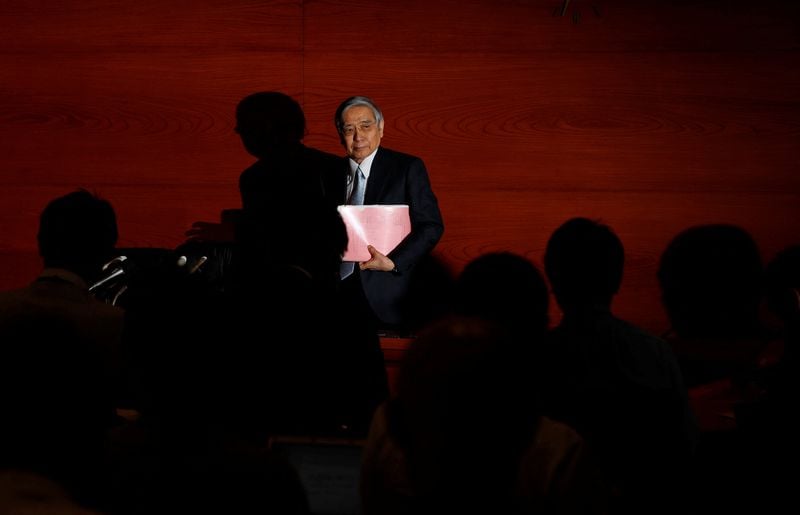 Marketmind: Can Q4 stop the rot?