By Tom Sims and Frank Siebelt

FRANKFURT – The chief executive of Deutsche Bank’s fund unit DWS, Asoka Woehrmann, has received threatening letters in recent months, including one in December with red crosshairs, white powder and a racial slur, DWS said on Tuesday.

Other members of the firm’s supervisory board – including chairman Karl von Rohr, who is on the management board of Deutsche Bank – have also received written threats, according to a DWS spokesperson.

Frankfurt police said they were investigating the matter based on the suspicion that crimes were committed.

Woehrmann is a German citizen who was born in Sri Lanka.

The anonymous letter received in December was a single page with a large red crosshairs in the centre. Under it was the statement, “You get what you deserve,” and a racial insult.

Reuters reviewed the letter. It was not able to learn the specific contents of the letters to the other individuals, but DWS described them as threatening.

DWS declined to speculate about a motive but the threats came at a time when DWS has been under fire amid accusations from a former employee that the company overstated how it used sustainable investing criteria to manage investments.

DWS has denied the allegations, which are under investigation by the U.S. Securities and Exchange Commission as well as Germany’s financial regulator BaFin. DWS this week won a wrongful dismissal lawsuit by the employee.

News of the investigations in August hit DWS’s share price, which has not recovered to date.

The DWS spokesperson said that after Woehrmann received the letter in December, police and firefighters wearing protective suits went to DWS headquarters in Frankfurt to investigate, and the white substance turned out to be baking powder.

Woehrmann received an initial letter in November. It said, “Gravedigger of DWS … You will pay, the bomb is ticking … Resign finally!” according to a copy reviewed by Reuters.

Frankfurt’s fire department confirmed that it deployed a team of four on Dec. 7 to DWS headquarters to analyse a substance, but did not elaborate.

The business magazine WirtschaftsWoche first reported the existence of the letters but not all elements of their content, such as the reported racial slur. 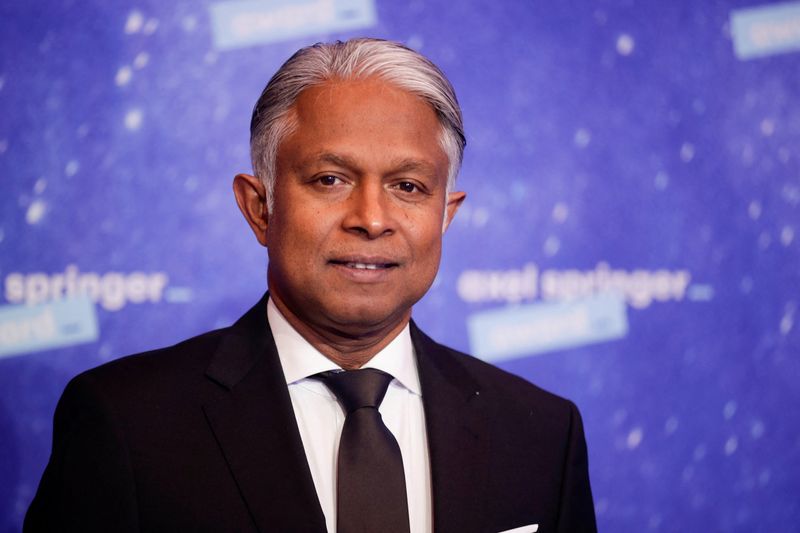