WASHINGTON – A large group of congressional Democrats filed a U.S. Supreme Court brief on Tuesday supporting the Environmental Protection Agency’s ability to regulate greenhouse gas emissions under a landmark environmental law in a case the justices will hear next month.

The 196 Democrats – 29 in the Senate and 163 in the House of Representatives – filed the friend-of-the-court brief in litigation pursued by states including coal producer West Virginia and industry groups to curb the EPA’s ability to use the Clean Air Act to regulate power plant carbon emissions.

The EPA in its own filing last week said the states and industry groups failed to challenge any rule actually on the books.

The Supreme Court, whose 6-3 conservative majority has been skeptical toward broad federal agency authority, is scheduled to hear arguments in the case on Feb. 28.

The Democrats in their brief also said Congress last year “explicitly affirmed” the agency’s authority to regulate greenhouse gases with a bipartisan vote on a bill that reversed former President Donald Trump’s rollback of methane regulations that had been based on a “narrow and incorrect interpretation” of the EPA’s authority under the Clean Air Act.

“For half a century, the Environmental Protection Agency has used its authority to address air pollution, including carbon dioxide pollution, in order to safeguard public health under both Democratic and Republican administrations,” Kathy Castor, chair of the House Select Committee on the Climate Crisis, said in a statement.

“The Supreme Court has repeatedly recognized this authority under the Clean Air Act, but now polluters and Republicans are throwing it into question with phony, cynical arguments,” Castor added.

A group of states and industry groups, including coal interests, asked the Supreme Court to review a ruling by the U.S. Court of Appeals for the District of Columbia Circuit to strike down the Trump-era rule intended to constrain regulation of carbon emissions from power plants.


At issue is whether the EPA has the power to broadly interpret the Clean Air Act to regulate carbon emissions from existing power plants – an authority upheld by the lower court.

(Reporting by Valerie Volcovici; Editing by Will Dunham) 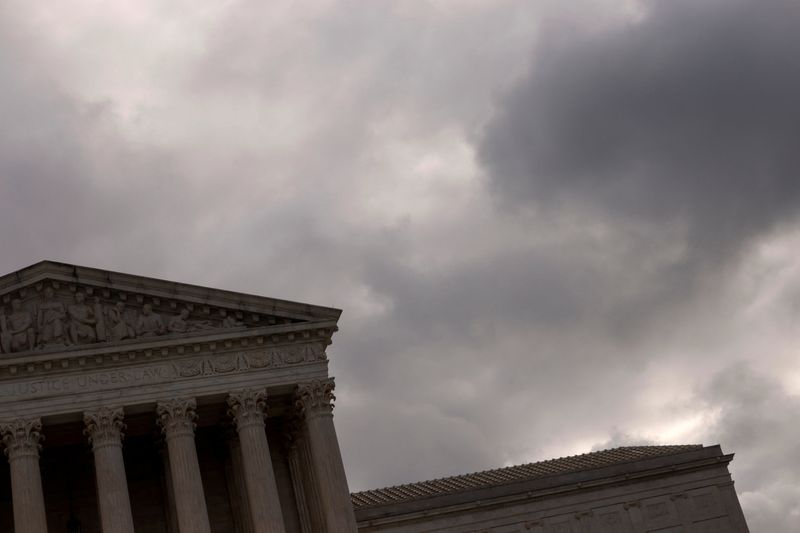