By Emma Farge and Mrinalika Roy

GENEVA – The head of the World Health Organization (WHO) warned on Monday that it was dangerous to assume the Omicron variant would herald the end of COVID-19’s acutest phase, exhorting nations to stay focused to beat the pandemic.

“It’s dangerous to assume that Omicron will be the last variant and that we are in the end game,” Tedros Adhanom Ghebreyesus told a WHO executive board meeting of the two-year pandemic that has killed nearly 6 million people.

“On the contrary, globally the conditions are ideal for more variants to emerge.”

Though Omicron has sent total cases soaring to nearly 350 million, its less lethal impact and the increasing prevalence of vaccines has led to optimism in some parts that the worst of the pandemic may have passed.

Tedros, the WHO’s first African head who is running unopposed for a second term, urged discipline and unity in combatting the coronavirus.

“The COVID-19 pandemic is now entering its third year and we are at a critical juncture,” he told a news conference earlier. “We must work together to bring the acute phase of this pandemic to an end. We cannot let it continue to drag on, lurching between panic and neglect.”

Countries must maximise strategies and tools already available, such as testing and inoculation, for the global health emergency to end this year, he said.

Tedros’ bid for a second term received a boost when the WHO shelved a decision on his native Ethiopia’s request to investigate accusations of links to rebel forces.

He told board members he was seeking an overhaul of the agency’s funding model, with Germany now the largest donor, supplanting Washington which had accused the WHO of pro-China bias under former President Donald Trump’s administration.

The United States is resisting a financing proposal that would make the U.N. health body more independent, raising doubts about the Biden administration’s long-term support. 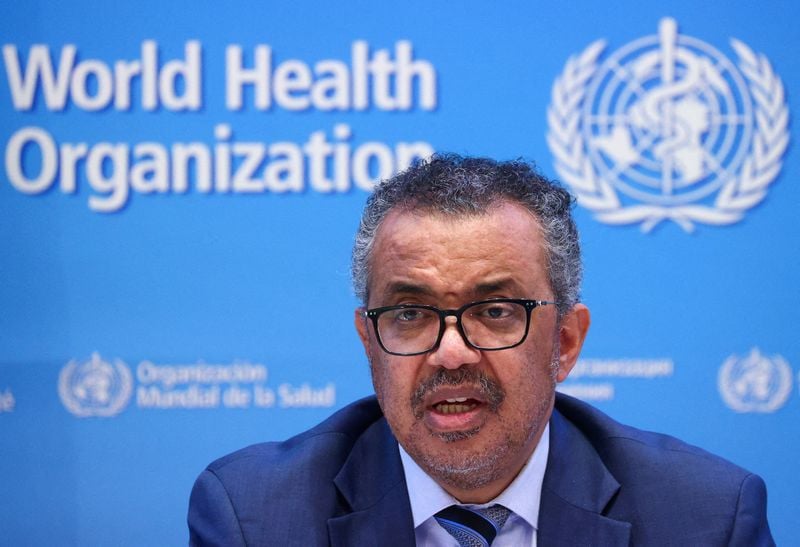