By Manas Mishra and Carl O’Donnell

-Johnson & Johnson on Tuesday forecast as much as $3.5 billion in sales of its COVID-19 vaccine in 2022, a 46% jump for the shot that has fared poorly compared to rivals, and said it would take a more aggressive stance on deals for its medical device unit.

J&J’s 2022 revenue forecast for the vaccine was above Wall Street estimates, which had been lowered due to safety concerns as well as low uptake in the United States.

New Chief Executive Officer Joaquin Duato said his priority now was to be “more on the acquisitive side” for the medical devices unit, its second-largest business by revenue.

“While our past history always suggest smaller deals … we don’t have an artificial ceiling as far as deal size,” he said on a call with analysts.

The company reported sales of $2.39 billion for the COVID shot in 2021, missing its own target of $2.5 billion in a year marked by manufacturing stumbles, safety concerns and uneven demand for a vaccine once touted as a promising tool for inoculating populations in hard-to-reach areas.

Pfizer Inc by comparison is forecasting $29 billion in 2022 sales of the COVID-19 vaccine it developed with German partner BioNTech SE, while Moderna Inc is projecting $18.5 billion in vaccine sales this year.


“I think we’ve known for quite some time that J&J’s vaccine didn’t have as good data as, say Pfizer. There aren’t really any expectations for vaccine contribution over the long term,” said Edwards Jones analyst Ashtyn Evans.

J&J, the world’s largest healthcare conglomerate, is planning to separate its consumer health unit to focus on its large pharmaceuticals and COVID-battered medical devices businesses.

Since the pharmaceuticals unit has been growing above-market levels for some time, “focusing on the device business and getting that in a better spot makes a lot of sense, especially as they spin off consumer health,” said Evans.

J&J expects to appoint executives and announce a new name and headquarters for the business that sells mouthwash, bandages and non-prescription medicines sometime in the first half to middle of 2022, Chief Financial Officer Joseph Wolk said.

Sales of $6.86 billion for the medical devices segment missed estimates of $6.98 billion, as the surge in COVID-19 cases caused by the Omicron variant drove hospitals to once again delay non-urgent surgical procedures such as hip and knee replacements.

(Reporting by Manas Mishra in Bengaluru; Editing by Arun Koyyur and Bill Berkrot) 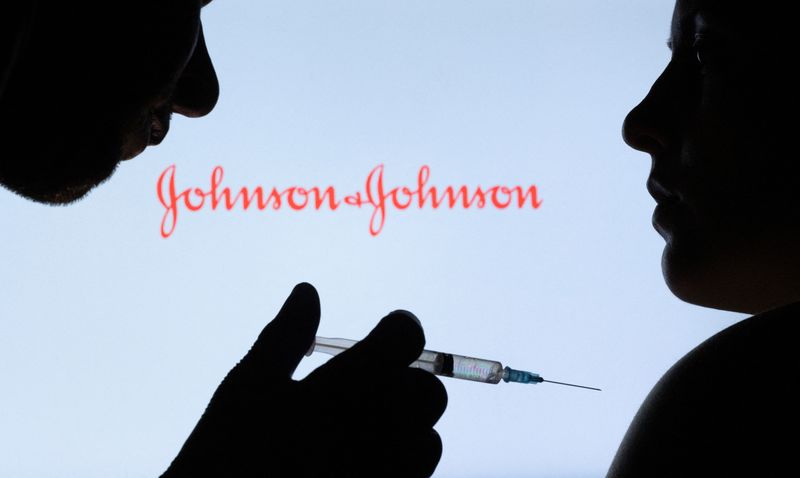 ‘Not Just Women That Are Getting Pregnant’: Abortion Activists Sound Off At ‘Bans Off Our Bodies’ March

Will A Frontrunner’s Stroke Bring Chaos To Key Dem Primary?

‘Not Just Women That Are Getting Pregnant’: Abortion Activists Sound Off At ‘Bans Off Our Bodies’ March

Will A Frontrunner’s Stroke Bring Chaos To Key Dem Primary?