The group’s powerhouse labels Louis Vuitton and Dior are expected to drive a 16 percent rise in sales at constant exchange rates over the all-important holiday spending period, according to consensus estimates.

The group’s fashion and leather goods division – which accounts for half of revenues – is set to extend its dominance of the sector, with an estimated market share of 21% compared to 16% before the pandemic, according to UBS forecasts.

The division’s profit margin is seen at around 40%, one of the highest in the industry.

The world’s largest luxury group has brands spanning Hennessy cognac to cosmetics retailer Sephora. It has strengthened its position during the pandemic in areas such as jewellery, with its purchase of Tiffany, whose importance for the overall group is expected to grow as LVMH invests in marketing to take on rivals like Richemont’s Cartier.

The group’s earnings release comes after others in the sector including Prada, Richemont, Burberry and Tod’s, pointed to unabated appetite for high end goods through the end of last year.

The luxury industry bounced back strongly from the health crisis last year, even if international travel, a key growth driver in pre-pandemic times, has not fully resumed, with brands doubling up on efforts to reach consumers locally and through digital channels.

Sales over the last three months of the year at LVMH are expected to come in at around 18 billion euros, or 17% above their pre-pandemic level in 2019. 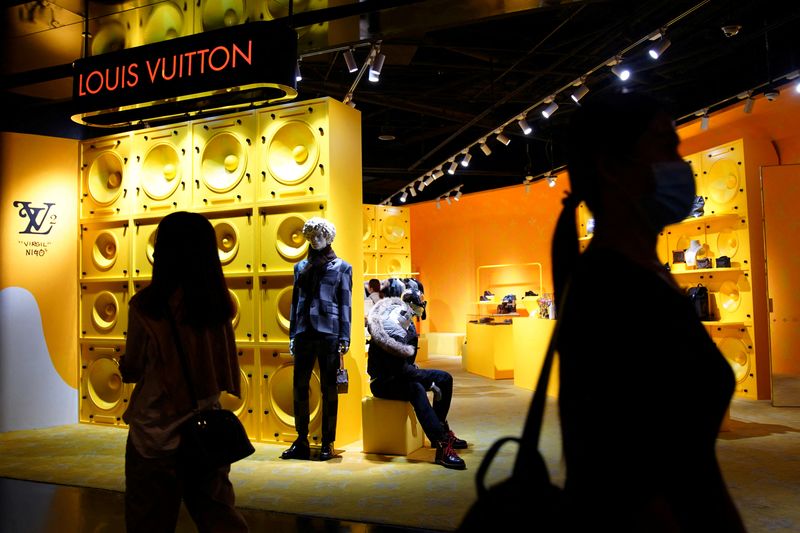