Global benchmark Brent fell 62 cents to settle at $89.34 a barrel, while U.S. crude closed 74 cents lower at $86.61 a barrel in a volatile session with both contracts see-sawing between positive and negative territory.

Prices had surged on Wednesday, with Brent climbing above $90 a barrel for the first time in seven years amid tensions between Russia and the West. Threats to the United Arab Emirates from Yemen’s Houthi movement had added to oil market jitters.

Russia, the world’s second-largest oil producer, and the West have been at loggerheads over Ukraine, fanning fears that energy supplies to Europe could be disrupted, although concerns are focused on gas supplies rather than crude.

Russia said it was clear the United States was not willing to address Moscow’s main security concerns in their standoff over Ukraine, but kept the door open for dialogue.

U.S. Under Secretary of State for Political Affairs Victoria Nuland said the United States hopes Russia will study what Washington has offered and come back to the table.

Weighing on prices, the U.S. Federal Reserve said on Wednesday it was likely to raise interest rates in March and planned to end its bond purchases that month to tame inflation.

The U.S. dollar climbed after the announcement, making oil more expensive for buyers using other currencies. On Thursday, the dollar index climbed to the highest since July 2021.

“A more pronounced price slide is being prevented by the Ukraine crisis, as there are still concerns that Russian oil and gas deliveries could be hampered in the event of a military escalation,” Commerzbank said after the morning price dip.

The market is starting to turn its attention to a Feb. 2 meeting of the Organization of the Petroleum Exporting Countries (OPEC) and allies led by Russia, a group known as OPEC+.

OPEC+ is likely to stick with a planned rise in its oil output target for March, several sources in the group told Reuters.

It has raised its output target each month since August by 400,000 barrels per day (bpd) as it unwinds record production cuts made in 2020.

However, the group has faced capacity constraints that have prevented some members from producing at their quota levels.

(Reporting by Stephanie Kelly in New York; additional reporting by Ahmad Ghaddar and Noah Browning in London and Emily Chow in Beijing; Editing by Marguerita Choy and Edmund Blair) 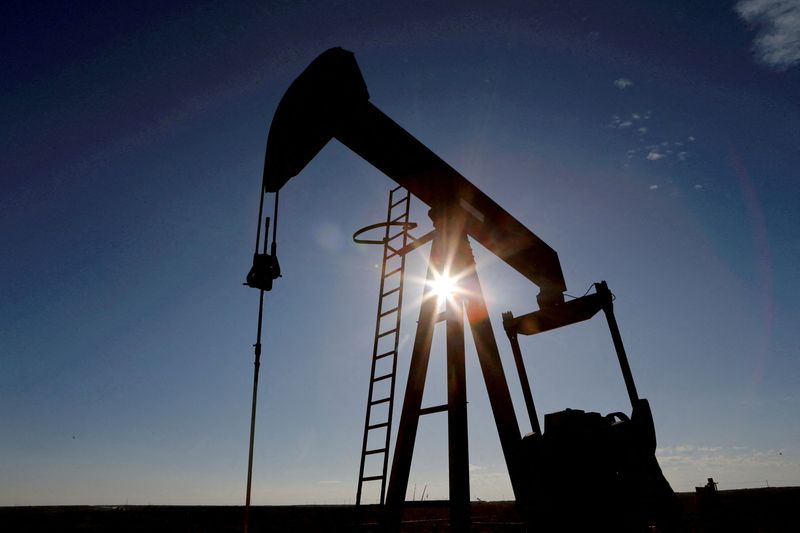