MIAMI -The U.S. Coast Guard on Thursday called off a three-day search for 34 people lost at sea off Florida from a boat that capsized while engaged in what officials suspect was an attempt to smuggle migrants into the United States from the Bahamas.

A lone survivor was rescued on Tuesday morning after a tug boat crew found him clinging to the mostly submerged hull of the overturned boat. He said none of the 40 people aboard had been wearing life jackets.

Since then, a small armada of Coast Guard and Navy vessels and aircraft have crisscrossed at least 1,500 square miles of open sea off Florida’s Atlantic coast, an area about the size of Rhode Island.

Captain Jo-Ann Burdian, commander of the Coast Guard’s Miami sector, said earlier on Thursday that the quest for more victims would be “suspended” at sunset “if we don’t receive additional specific information to help redirect our search.”

Asked if the remaining 34 missing migrants should be presumed dead, Burdian said: “It does mean that we don’t think it’s likely that anyone else has survived.”


The survivor told authorities the ill-fated vessel left the Bahamas’ Bimini islands, about 50 miles (80 km) east of Miami, on Saturday night, and capsized the next morning in rough seas. He was picked up about 45 miles (72 km) east of Fort Pierce Inlet, off Florida’s Atlantic coast, about midway between Miami and Cape Canaveral.

The Coast Guard and U.S. Homeland Security Department officials have said the vessel was involved in a human smuggling attempt, but the nationalities of those on board have not been disclosed.

Anthony Salisbury, the agent in charge of the Homeland Security Investigations office in Miami, said it had opened a criminal inquiry seeking to prosecute anyone who organized or profited from the venture.

In a separate incident, the Coast Guard reported intercepting a sailing vessel on Tuesday off another area of the Bahamas overloaded with 191 Haitian migrants believed to be headed for Florida.

The Coast Guard said 189 people on that boat were turned over to Haitian authorities on Thursday. A mother and her child were transferred ashore to Port-au-Prince, the Haitian capital, for medical treatment on Tuesday, the day the boat was interdicted, the Coast Guard said.

The two incidents underscored a surge in migrants seeking passage to Florida in flimsy vessels through the Caribbean by way of the Bahamas, a known hub for seaborne human smuggling.


(Additional reporting by Brendan O’Brien in Chicago and Steve Gorman in Los Angeles; Editing by Jonathan Oatis and Bernadette Baum) 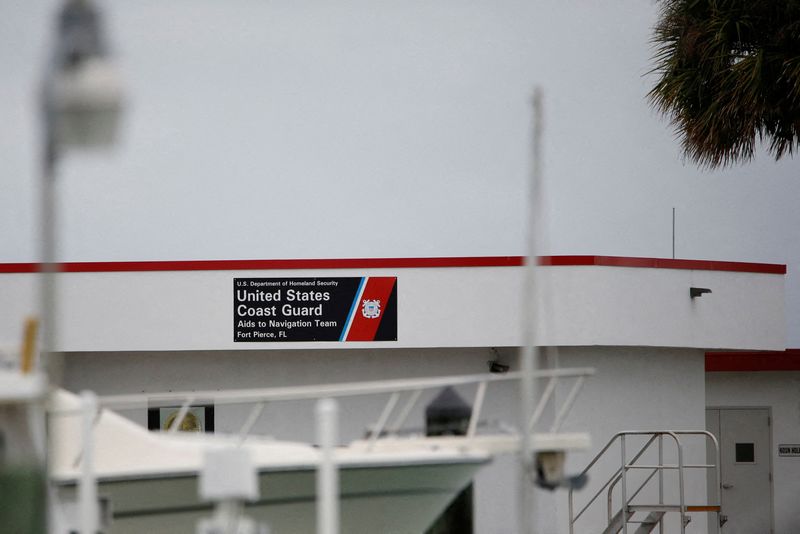