CHICAGO -Southwest Airlines Co on Thursday reported its first quarterly profit in two years, but warned of a loss in the current quarter through March as the Omicron coronavirus variant depresses revenue and drives up costs.

The Texas-based carrier expects to be profitable for the remaining three quarters of 2022 and for the full year.

While leisure travel tends to cool off in January and February in a normal year, Southwest said the Omicron variant has led to further weakness in bookings and more ticket cancellations.

It expects a $330 million hit to revenue in the first two months of this quarter due to the drop in demand for leisure and business travel.

Incoming chief executive Bob Jordan said the carrier was “optimistic” about bookings and revenue trends for March, when it expects to return to profitability.

“With COVID-19 cases trending downward, the worst appears to be behind us,” said Jordan, who is due to become the company’s sixth CEO next month.

The comments were consistent with those from other U.S. carriers.

New York-based JetBlue, which on Thursday reported a loss for the quarter through December, expects a sequential month-on-month improvement in travel demand after the Omicron-induced setback, resulting in a profitable second quarter and a “very strong” summer for the company.

Alaska Air anticipates profitable growth in 2022 as its capacity is projected to reach pre-pandemic levels by this summer. The Seattle-based company, which faced operational disruption due to COVID-19, reported a profit for the fourth quarter.

An increase in COVID-19 infections among employees and winter storms have led to mass flight cancellations. Southwest has canceled more than 5,600 flights, thus far, this month, which is estimated to cost it $50 million in revenue.

The company said about 5,000 employees, roughly 10% of its workforce, had contracted the virus in the first three weeks of January.

To mitigate the staffing issues, it is offering pay incentives for operational employees through early February. It has also further cut its capacity for the first half of the year.

The company said its operation and staffing now have stabilized. All the incentives, however, are estimated to inflate its costs by $150 million in the current quarter.

Southwest has plans to add at least 8,000 employees to its workforce this year. But a tight labor market is driving up its wage costs. For example, it has raised starting hourly pay to $17 per hour from $15, which is estimated to cost the company $20 million-$25 million this year.

“The labor market continues to be a challenge,” Chief Financial Officer Tammy Romo told investors on an earnings call.

Higher labor and airport costs along with lower capacity are estimated to increase its overall costs by as much as 24% in the current quarter compared with the same period in 2019.

The company, however, expects cost pressure to peak in the current quarter.

Strong holiday travel demand before the Omicron outbreak helped Southwest report an adjusted profit of 14 cents per share for the quarter through December, its first quarterly profit without U.S. government aid since 2019. 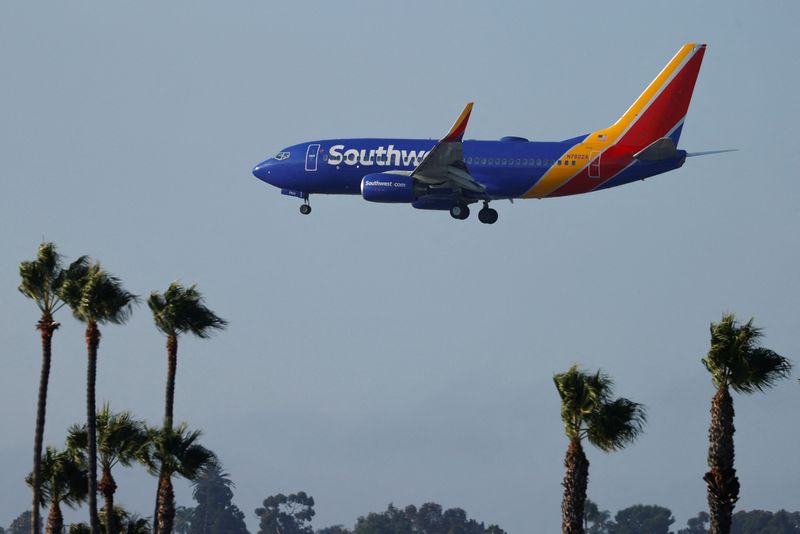