By Jeanny Kao and Meg Shen

TAIPEI -Taiwan’s economy grew last year at its fastest pace in more than a decade, driven by strong tech exports during the COVID-19 pandemic to support people working and studying from home, as well as demand for chips and recovering consumer confidence.

For 2021, initial gross domestic product (GDP) growth was put at 6.28%, compared with 3.11% the previous year, preliminary data from the statistics agency showed on Thursday.

GDP grew a preliminary 4.88% in the fourth quarter of 2021 from a year earlier after a rise of 3.7% in the period from July to September. That was well above the increase of 3.8% forecast in a Reuters poll.

As a key hub in the global technology supply chain for giants such as Apple Inc, Taiwan’s economy has outperformed many regional peers during the pandemic as it benefited from robust demand for tech exports as more people turned to working and studying from home.

A global shortage of semiconductors has also filled Taiwan chip makers’ order books, and driven them to expand production at home.

Taiwan’s exports rose 29.4% in 2021 to a record high, and the economy continues to benefit from strong global demand for its high-tech goods and chips.

Statistics official Wu Pei-hsuan said domestic consumption had recovered in the fourth quarter after being affected by government controls to curb a short-lived domestic COVID-19 outbreak that began in May.

However Capital Economics said exports were unlikely to grow at such a rapid pace this year.

“With high inflation and fading fiscal support dragging on retail spending in many key exports markets, we expect exports to level off this year,” it said in a note.

Another risk is a slowdown in the economy of China, Taiwan’s top trading partner.

China’s economy grew 8.1% in 2021 and 4.0% in the final quarter, faster than expected but still its weakest pace since the second quarter of 2020, off the back of weak consumption and a property downturn.

Taiwan will release on Feb. 24 its revised GDP figures, including growth estimates for the full year. 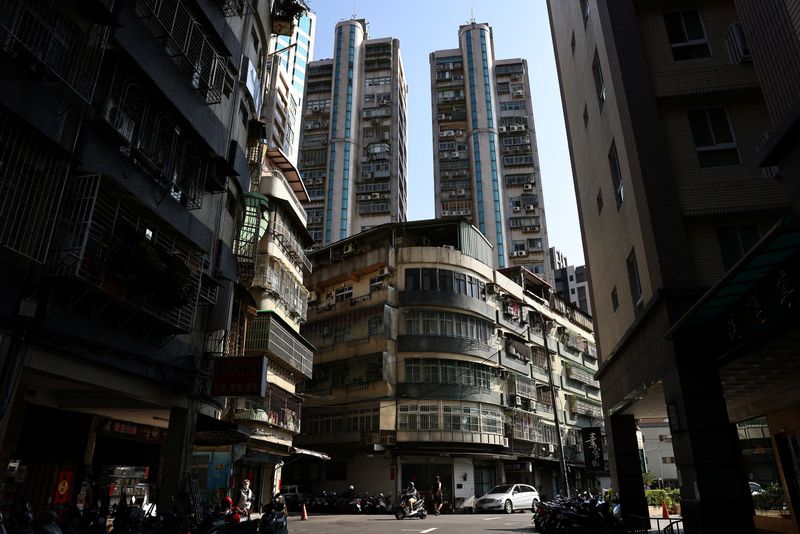