Investors will be watching for the margin impact from the company’s mostly unionized delivery workforce. UPS hired nearly 100,000 people for the holiday season and plans to keep a portion of those workers on board.

The company increased worker pay in certain regions to an average of $18 per hour from $15, it said in June.

Analysts estimate an 8.7% year-over-year revenue increase to $27.1 billion for the fourth quarter, reflecting higher delivery volumes and surcharges as a surge in COVID-19 cases caused by the Omicron variant pushed more customers to online holiday shopping. They expect earnings per share of $3.10, up %16.5 from a year earlier, according to Refinitiv data.

From FedEx to DHL to the United States Postal Service, delivery companies “are having to cough up money” to hire and keep workers, said Cathy Morrow Roberson, president of consultancy Logistics Trends & Insights.

“UPS has had to raise pay in certain areas of the country to attract some workers, but not on the same level as perhaps FedEx or a post office,” she said.

When turnover and a lack of workers in the Ground unit at rival FedEx last year resulted in delivery delays, inefficient work flows and hundreds of millions of dollars in extra costs, UPS executives said they weren’t feeling such severe strain.


UPS has had more predictable labor costs tied to the stability of its unionized workforce. FedEx uses less well-compensated contractors in its Ground operations that handle many e-commerce deliveries.

Still, investors are keen to hear more about how the company will use automation to boost efficiency and reduce costs.

UPS has invested in more automation tools since 2020 to increase efficiencies in its fulfillment process. The 114-year-old carrier beat FedEx and USPS with nearly 97% of on-time deliveries during the holiday season, helped by ample staffing, mild weather and a longer shopping season that spread “peak” holiday deliveries over more days, Cowen analyst Helane Becker said in a report.

Now, analysts are eyeing how these technologies, wage hikes and price increases are impacting profit margins.

“I think we will see leadership put more of a focus on automation capabilities within sorting facilities,” said Donnelly, senior analyst at Third Bridge Group. “That will, over time, insulate them more and more from near-term labor dynamics.” 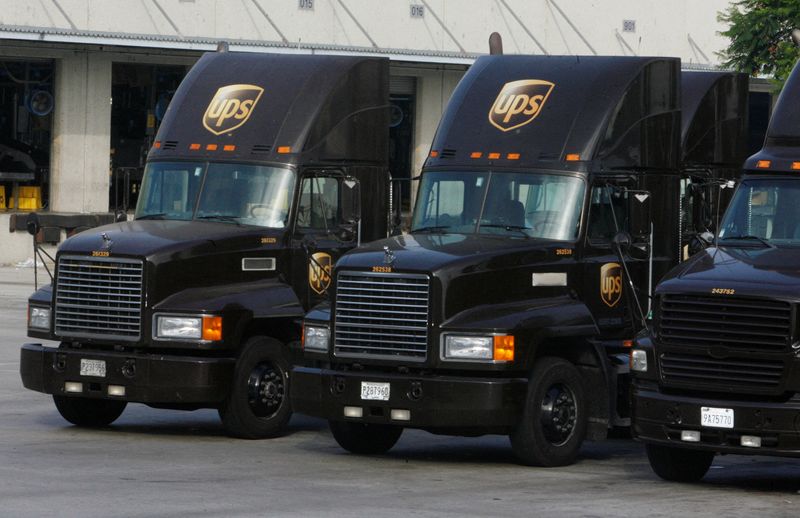