DUBLIN – Ryanair could base up to 20 planes in Ukraine over the next few years if Russia does not invade and if airports there offer attractive enough deals, Group Chief Executive Michael O’Leary said on Monday.

Ryanair has repeatedly said it considers Ukraine as potentially a major growth market and O’Leary said that while the airline was monitoring tensions with Russia it had not changed its plans to boost capacity there.

“We remain committed to Ukraine. As long as Ukraine is looking westward there are huge … flows of people travelling to and from Ukraine working in central and eastern Europe,” he said.

“If it is not invaded by Russia, it is a country where we would expect to open a couple of bases .. some time in the next two or three years subject to agreements on costs,” he said.

Ryanair’s new routes team made their third or fourth visit to Ukraine in January, he said, but Ukrainian authorities were not in a position to discuss new routes and bases “as they were somewhat otherwise distracted.”

“We hope the situation in Ukraine gets resolved diplomatically. And if it is, it remains a very exciting growth opportunity for us,” he said.

If the offers are good enough, Ryanair could deploy 15-20 aircraft across up to five airport bases over the next two or three years, O’Leary said.

Ryanair is relatively agnostic about where it bases its planes so long as it gets the best prices, he added.

“Our growth will always be opportunistic. It’s not some Napoleonic invasion of Russia here. Whoever comes up with the best deals will get the next four or five aircraft.” 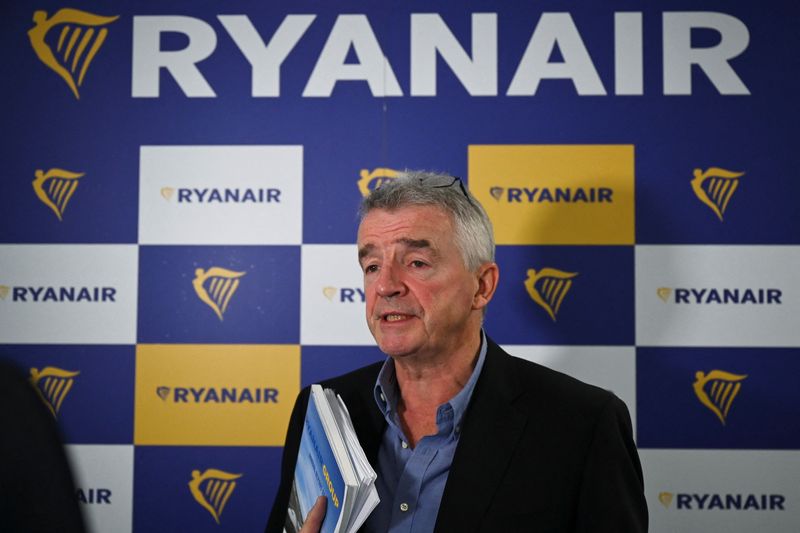